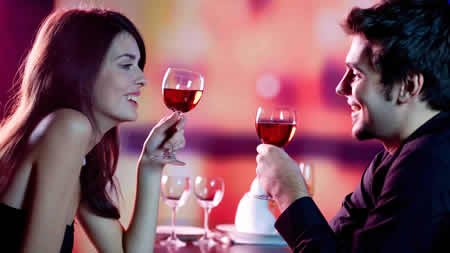 February is the month of hearts, flowers and love starting with Valentine’s Day but really continuing all month long as we all consider the relatives and friends in our lives whom we love to cook for and to share meals with. This is the month to go all out and demonstrate your affection through the pleasures of the table.

For a super romantic meal, I turn to that pearl of the sea, the oyster. Oysters are known in love-lore as an aphrodisiac. And they’re delicious, too. As well as a bit mysterious. The 18th century writer Jonathan Swift famously said, “He was a bold man who first ate an oyster.” Actually, we’ve been eating them since prehistory, and 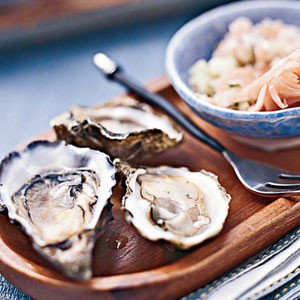 no wonder, oysters are an excellent source of vitamin A, vitamin B12, zinc, iron, calcium and selenium. They’re also considered to have the most health benefits when they’re eaten on the half shell. But oysters can be prepared smoked, baked, fried, roasted, stewed, broiled, even canned or pickled. A current fad is the oyster shooter and I can tell you, it’s really good. You can’t eat just one.

Of course, oysters, like love, can be dangerous. Raw oysters can sometimes contain harmful bacteria, and you must make sure that your fresh oysters are alive and can tightly close their shells before you eat or cook them. But if you take the right precautions, you’re golden, and you’re in for a seriously delicious treat. Below are my three favorite ways to prepare oysters, but please share your own oyster stories, February recipes and love-meal memories on our Flavors & More Facebook page. Lovely eating and Happy Valentine’s Day! 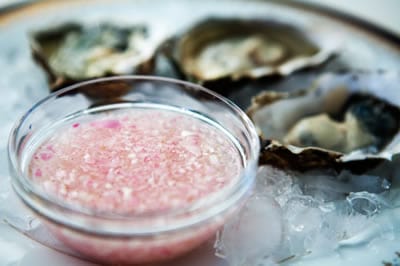 Place the shallots, vinegar and sugar in a small saucepan and bring to a boil. Cook uncovered for 1 minute. Remove from the heat and allow to cool to room temperature. Add pepper and herbs and serve with raw oysters. 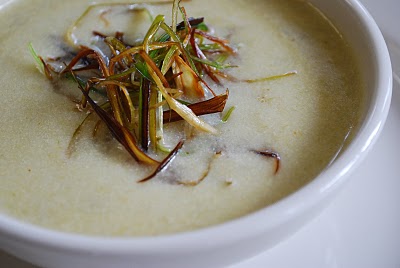 1 1/2 cups (6 dozen) shucked small oysters, be sure to use small ones, like Kumamoto or Prince Edward Island, with 1 1/2 cups of their liquor (if necessary, add enough bottled clam juice to bring total to 1 1/2 cups) 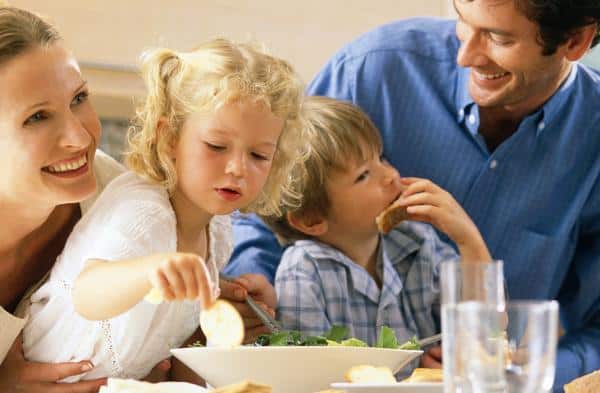 Cut leeks crosswise into 2-inch lengths, then cut lengthwise into enough very thin strips to measure 2 cups. Wash leeks strips in a bowl of cold water, agitating them, then lift out and pat dry.

Heat oil in a deep, four-quart heavy saucepan until it registers 360-degrees on a deep-fry thermometer. Fry leeks in eight batches, stirring, until golden, about 10 seconds per batch. Transfer as fried with a slotted spoon to paper towels to drain. Cool completely; leeks will crisp as they cool.

Pick over oysters, discarding any bits of shell, and rinse well. Wash chopped leeks in a bowl of cold water, agitating them, then lift out and drain well. Peel potatoes and cut into 1/2-inch cubes. Cook leeks, potatoes and salt in butter in a four-quart heavy saucepan, covered, over low heat, stirring occasionally, until leeks are golden and potatoes are beginning to soften, about 15 minutes. Add water and simmer, covered, over moderate heat until potatoes are very tender, about 10 minutes. Puree soup in batches in a blender until very smooth, transferring to a bowl after blending. 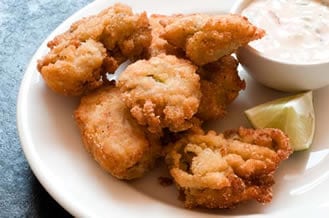 2 sleeves saltine crackers (8 oz.), pulsed to a coarse meal in a food processor

Corn or vegetable oil, for frying

Drain oysters. Beat eggs in a medium bowl to blend. Add oysters and turn to coat completely. Pour half of saltine crumbs into a 13x9x2-inch baking dish. Working in batches, lift oysters with a slotted spoon, allowing excess egg to drain back into bowl, and transfer to baking dish. Scatter remaining crumbs of oysters and toss to coat.  Cover dish and chill for 2-3 hours.

Line a plate with paper towels. Pour oil into a medium-heavy skillet to a depth of 1/2 inch. Prop deep-fry thermometer in skillet so bulb is submerged. Heat oil over medium heat to 375 F. Working in batches, fry oysters, turning once, until coating is crisp and deep golden brown, about 1 minute per batch. Transfer to paper towels; season with salt. Serve with lemon wedges.