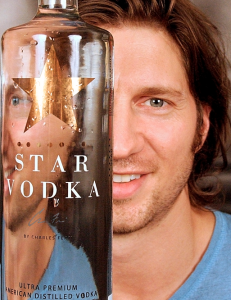 Let’s be honest. Vodka straight-up can be tough to take. It’s typically too strong to sip on its own, and it burns the mouth as soon as it hits the lips. It’s not surprising, then, that vodka comes in every sugary flavor marketers can think of — especially when selling to the ladies.

So in a world of whipped creamy-birthday cakey-artificially fruity selections, can pure vodka taste great on its own? Can it appeal to women without that mask of sweetness? Vodka maker Charles Ferri has been getting lots of buzz for Star Vodka, his limited-release premium brand of non-GMO corn-based gluten-free, lava-rock filtered spirit distilled in Bend, Ore. You may recognize Ferri, a renowned New York City nightclub owner, as one of the stars from Esquire Network’s first season of “Lucky Bastards,” a show about six well-heeled NYC bachelors and their business pursuits and private life shenanigans.

During a stop in NYC this summer, I sat down with Ferri to find out if he’s cracked the code for getting gals on board with a sipping vodka. Turns out, that was mission No. 1. Ferri quickly learned that perfecting the taste wouldn’t be easy, and it would require buy-in from an unlikely tasting panel made up of non-vodka-drinking women.

Early on, he found that taste-testing men shook off vodka’s trademark burn with typical male bravado. Women, on the other hand, had no problem filing their complaints. “Women were very honest with their feedback,” he says. “They would say, ‘This burns; this hurts; I cannot drink this; I don’t like the way this smells.’ So I said: Guys are out. This is going to be about women.” 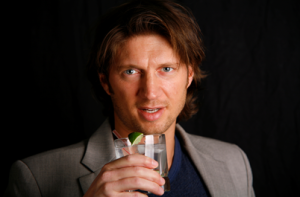 Eight months and 40-plus formulas later, Ferri finally got 100 percent buy-in from the 20 women. “I’d say it took me three times as long with this testing panel, but we got it right,” he says. “Even the wine drinkers said this was the smoothest vodka that they’d had … and they didn’t think vodka could be this nice.”

That’s quite a feat, but why stop there? Isn’t the heart of any inspired recipe a great ingredient that’s paired with other quality flavors? Even a purist like Ferri buys into that, so long as the additions are fresh.

“Vodka is versatile,” he says. “I love the fact that I can be in the mood for something sweet, and vodka can give that to me … or something salty. It can be anything that you want. It can also be very plain, 60 calories per shot and more health conscious … just drink it on the rocks.”

To give your cocktails the Star treatment, check out the three recipes below. Star Vodka is available online at StarVodkaUSA.com and in restaurants and retail stores in New York City and the Hamptons. Ferri is also looking to expand distribution to Florida in the coming months.