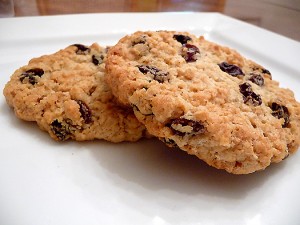 In the food world there is a month, week and a day that celebrates every food you can think of and April is no different. Besides Passover, Easter, Earth Day and Arbor Day, there are many more daily excuses to cook and enjoy specific foods on “their” special day. You probably never heard of most of them, except for serious religious holidays. Specific foods have become associated with these days as part of ritual or tradition.

April 20 is National Lima Bean Respect Day. No kidding, who would make that up? Lima bean farmers and their trade association, that’s who. In most cases, these publicized days and weeks are ways that federations or boards that represent growers and processors get their share of marketing and advertising space in return for the dues they pay to belong to such organizations. For the consumer, you might see sales or coupons for these featured food items during their time in the spotlight. April 16 is National Eggs Benedict Day. The whole month of April is National Garlic Month. It’s also National Grilled Cheese Month and Soft Pretzel Month. April 29 is Shrimp Scampi Day.

Right at the end of the month, April 30, is National Raisin Day. A good day to bake a dessert that calls for regular raisins or the golden ones that the British call sultanas. Love that name. Here are three recipes for inspiration. Remember, on April 30 to tell someone Happy Raisin Day. Or Happy Sultana Day.

( from the cookbook Los Angeles Classic Desserts by Grace Bauer) 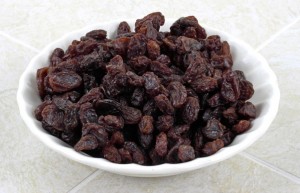 Musso and Frank, Hollywood’s oldest surviving restaurant, has served this old-fashioned pudding to many movie celebrities as well as ordinary folk just hankering for a trip down memory lane. Note: you will need six baking cups, each holding 7 ounces.

Preheat oven to 350 degrees. In a large mixing bowl beat the eggs and sugar until the mixture is light and creamy. Continue beating, adding the milk and vanilla. In each of the six baking cups, place some of the break cubes, 1 tablespoon of the raisins and 1 teaspoon of the butter. Add the beaten-and-milk mixture until each cup is full. Place the filled cups in baking pan on middle rack of the oven. Pour boiling water into the baking pan half-way up the sides of the cups. Bake until the pudding is set or until a clean knife inserted near the center comes out clean, about 25 minutes. Invert each pudding onto a serving place serve with whipped cream or this strawberry sauce.

Strawberry Sauce: Wash 1 pint of strawberries, remove the stems and slice or chop them into a mixing bowl. Add ½ cup sugar and 2 tablespoons water. Cover the mixture and place in the refrigerator until it forms a sauce.

Cream the butter vanilla together, then beat in both sugars and the egg. Mix the flour, cream of tartar and salt together, add to the first mixture. Add the raisins and combine well. Shape into a roll or rolls about 2 inches in diameter. Wrap in foil and store in the refrigerator until ready to bake; the dough will keep for a least a week and may be frozen. Before baking preheat oven to 400 degrees. Using a sharp knife, slice the dough in rounds about ? inch thick. Bake on ungreased cookie sheets for about 8 minutes, until crisp and lightly browned.

(from The California Raisin Board)

In mixing bowl, cream butter, sugar and eggs. Stir in flour and salt, mixing until blended. Stir in raisins and ginger. Chill dough. Roll out to 1/8-inch thickness on floured board; cut into desired shapes with sharp-edged cookie cutters. Space 1-inch apart on greased baking sheet. Brush with beaten egg white; sprinkle with additional granulated sugar. Bake in 350 degree oven 12 to 15 minutes, until golden. Cool 2 to 3 minutes on pan; remove to rack to cool completely.