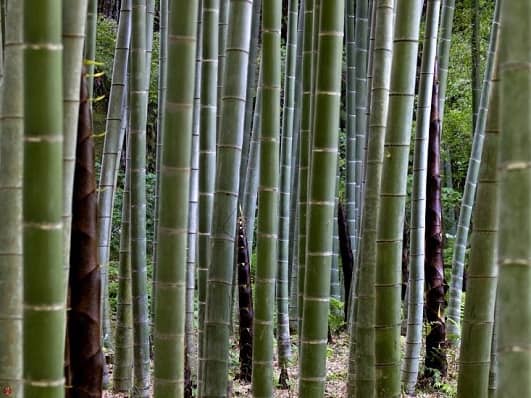 Bamboo is constantly on the A list of renewable green materials but do we know much more about bamboo than it’s renewable and was a fad for flooring for a while? Bamboo is also great for panda food and food skewers. In three minutes you are going to be so bamboo-literate that no one will ever bamboozle you again.

Environmentally great for several reasons, some think that bamboo is a wood. Actually it’s a grass. And holy cow pasture, this grass grows faster than most other grasses. It’s one of the fastest growing plants on earth. A plant that can be harvested every three to seven years, not every fifty to seventy. 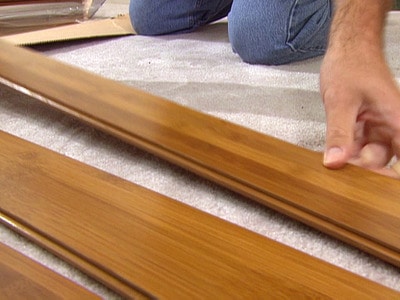 So from the same root system, over and over and over, comes yet another crop of bamboo. Since the roots remain, to grow the next crop silly you, its environment stays stable. No bare earth. No erosion. Several harvests before your child gets to being an environmental lawyer. And since it’s a grass, and not wood, there is less waste as there are no knots. Or not knotty as they say at bamboo headquarters as they’re quite humorous, those bambooites.

Here’s how this grass ends up being woody-ish. Slats are made from vertical cuts, the direction in which the plant grows. Those slats, think lots of long thin chop-sticks, are laminated together becoming like solid dimensional lumber. (Dimensional is what we’d call 2×4’s or beams or just good old boards, if bamboo was wood.) These laminations can also be glued to a substrate (like plywood) so they can be used as a cabinet veneer and in engineered flooring. 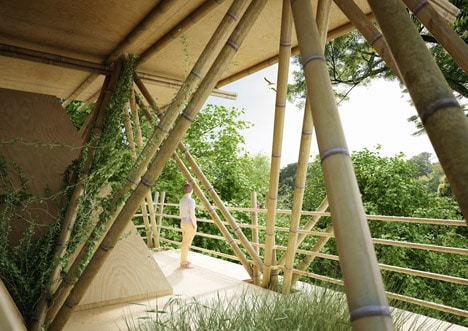 While the color of natural bamboo varies with where, when, differing weather, and how it’s harvested, it is generally blonde, but will age to more golden. A range of grain patterns and colors can appear on the same panel, so adjacent pieces (ie: door/drawer fronts, floor boards) may not perfectly match each other. These are natural characteristics of bamboo, so don’t think you’ve been bamboozled-de-da. 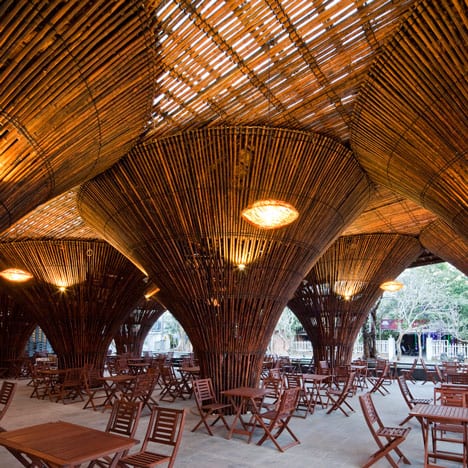 Here in the Western world we are mostly using this very (very-very) durable material in flooring, furniture frames and on cabinet faces. And in cutting boards. And counter tops. In the Far East, architects are expanding the use of bamboo as an inexpensive and sustainable building material. The structure in the photo was designed by Vietnamese architect Vo Trong Nghia, who is quoted in Dezeen magazine as saying; “bamboo is the green steel of the 21st Century.” Now to enlighten the Western building code! 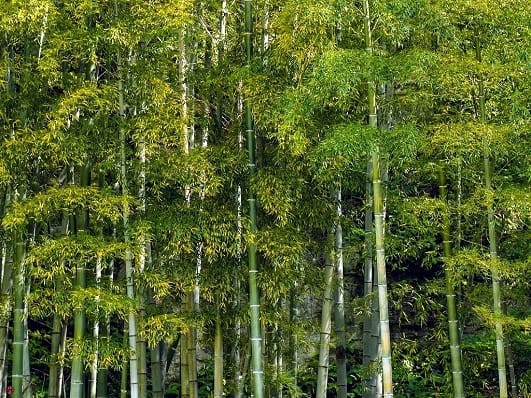 8 thoughts on “Bamboozled? Expert to the Rescue”