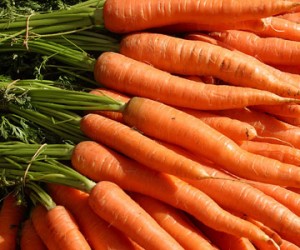 Chances are good that during the recent holidays you consumed one to several varieties of root vegetables. Though a botanist will quibble with the culinary definition, true roots, tubers, bulbs, and rhizomes all fit within this food category.

Growing up in New England meant standard root veggies like potatoes and carrots were frequent winter dinner guests, but even the enigmatic rutabaga appeared on occasion. Today, I believe western Massachusetts vegans and hippies consume 70 percent of the nation’s rutabagas. The rest are thrown out. 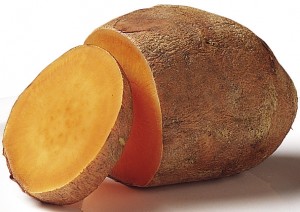 In much of tropical Africa and Oceania, however, root foods such as sago and yam are indigenous diet foundations. As anthropology professor Bruce Knauft wrote in his book on the Gebusi, a rainforest tribe of Papua New Guinea, children are at risk of developing “sago belly” unless an adequate amount of protein balances their carbohydrate intake.

For those blessed with access to abundance and variety, pairing root vegetables with meats, fowl, or fish is a formula for comfort. Bistro classics such as steak with pommes frites are one option, but contemporary food culture rewards diversity. Have you served celery root, otherwise known as celeriac? What about salsify? From watching far too much food programming on TV I have concluded many root vegetables respond well to pureeing. Gratins are a reliable preparation, too. 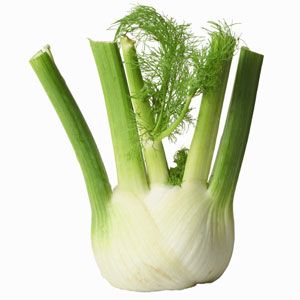 Fennel is the hot bulb on the restaurant circuit. At Mario Batali’s OTTO Enoteca in New York I flipped for a pizza topped with shaved fennel and botarga — a Mediterranean mullet roe. While assertive in its raw state, fennel’s anise flavor softens as it cooks. Add it as an aromatic to soups or stews; roasting will coax out its sweetness.

My favorite subclass of root vegetables is the rhizomes. Ginger and turmeric are Indian cuisine essentials that are also valued for their medicinal and health benefits. Are you crafty? Turmeric makes an excellent dye for table linens, as does the beet — the coloring agent in some red velvet cakes.

Here is a recipe that will get you (under)grounded in earthy root vegetable flavor, courtesy of Chef Marcus Samuelsson’s Aquavit and the New Scandinavian Cuisine.

Melt the butter with the olive oil in a large skillet over medium heat. Add the celery root, pear, and onion. Saute for three to four minutes, until the vegetables start to soften and turn golden. Add enough stock to the pan to just cover the vegetables. Bring to a boil, reduce heat slightly, and boil gently for 15 to 20 minutes, or until the celery root is tender and the broth has cooked away. Transfer to a food processor and puree until smooth. Add the sour cream and process until blended. Season to taste with salt and pepper, and serve with your favorite protein main course.