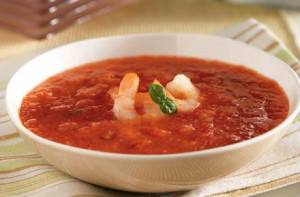 Botanically a fruit, but treated as a vegetable, born in the Americas but educated in Europe, the fresh tomato’s story is seldom told in the cold. As the days warm and lengthen, however, its true virtues are revealed in a soup that is the essence of seasonal enjoyment.

Gazpacho is a frequent visitor to my spring and summer supper table or picnic spread. Easy to prepare, refreshing to eat, it is both light and substantial. Pair it with a sandwich and bowl of fruit on a sweltering afternoon and you will gladly forget that you own a grill.

My version (see below) is chunky, not the pureed gazpacho you are likely to consume in Spain. I also serve bread on the side rather than incorporating it into the dish. But these are small matters of taste and texture. Adding Clamato juice may be my biggest departure from tradition. Since Worcestershire sauce isn’t strictly vegetarian either don’t fret over inviting shellfish into the pool. 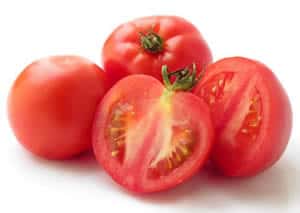 Treat yourself to the best expression of the year’s best tomatoes and prepare gazpacho throughout the summer. Toss in a radish or shrimp, experiment with other herbs like tarragon. However you stir and serve it gazpacho will reward the backyard gardener’s sweaty staking, wiring, and weeding with cool, bracing, acidic delight.

Chef Curtis Aikens was a fixture during Food Network’s formative years, the era before cooking spectacle, performance, and competition dominated programming. No cutthroat in his kitchen, no gladiators in his grocery. Instead, Curtis served up accessible recipes highlighting the freshest produce and promoting a healthy plant-based diet. A literacy advocate who overcame his own struggles to read and write, Curtis continues to combine his passion for food with learning (www.curtisaikens.com). How I miss Curtis, David Rosengarten, Sara Moulton, and the other giants whose shoulders now support bloated egos and manufactured personalities peddling tortured premises in a largely failed attempt to entertain, never mind enlighten. 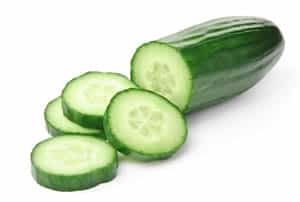 Combine all ingredients. Blend to desired consistency. Place in a non-metal, non-reactive storage container, cover tightly and refrigerate. I like to give the gazpacho six hours before serving with crusty bread. As an option you could garnish each bowl of gazpacho with a dollop of sour cream, a slice a avocado, or a few grilled shrimp on a skewer. Leftovers are delicious the next day. You think there will be leftovers? 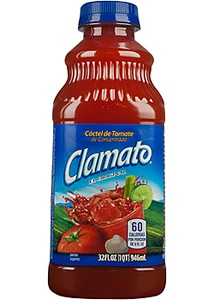 Place the peppers, tomatoes, garlic and oregano in a medium pot along with the stock. Cover and bring to a boil. Cook for 10 minutes, then reduce heat to a simmer. Add the Worcestershire sauce and simmer an additional 70 minutes, covered. Remove from the heat and add the cream and sugar. Then using a hand-held mixer, or in a blender or food processor, puree the soup until smooth. Serve immediately.