The journey to longer days includes the pleasures of Mardi Gras, stage plays, the most exciting wine and food festival on the East Coast and the increased spirit of adventure as the sap starts to mercifully rise again.

This is the season featuring so many festivals: South Beach Wine and Food Festival, Atlanta’s High Museum Wine Auction, Charleston’s Food and Wine Festival and many more, all culminating in the spring in New Orleans for the latest edition of the Wine and Food Experience and the Bourbon Festival.

The roads of the South welcome a hungry sojourner eager to learn. The mega-events serve a noble purpose, exposing largely urban enthusiasts to the transformation of agricultural products to the enjoyable end result, the wizardry of the winemaker, master distiller and the chef.

This year marks the Tricentennial of New Orleans, one of the gourmet centers of the world and a textbook example of what a gourmet state of mind represents. Landmark restaurants like Commander’s Palace and Brennan’s are walking distance from historic shrines, live theatre, architectural and other artistic wonders where street life encompasses everything from artists selling their paintings to mimes putting on a silent show. Literature is celebrated in the spring during the globally acclaimed Tennessee Williams Literary Festival.

In Atlanta, the High Museum Wine Aution-every bit a festival of food and wine-funds outreach programs that allow thousands of school children to experience the works of masters that they would otherwise be denied. It also attracts chefs and winemakers from the Four Corners, serving to expose the colors and flavors of the modern South.

Charleston, another walking city, as an esteemed culinary center solidified their growing heritage with its annual festival, generating highly beneficial widespread media coverage. Enjoy a gigantic slice of the coconut cake at Peninsula Grill to experience the depth their gourmet culture.

The rural roads are tributaries along the Gourmet Highway and they lead to discoveries that alter and enrich any big city denizen. Wineries dot the Southern landscape. In earlier times, a Nineteeth Century farm would invariably grow grapes that more often than not, became a beverage for meals and personal enjoyment. Today, begin with Florida’s magnificent Lakeridge Winery in Claremont and head north towards Georgia, stopping by Monticello Winery outside Tallahassee then into Georgia for an afternoon at Still Pond Winery in Arlington, near the Sunshine State border.

North Georgia is loaded with wineries. Some, like Chateau Elan offer gourmet, European style dining. Others, like Yonah Mountain near Helen are blessed with intimate dining  available at the acclaimed restaurant Bernie’s in Sautee-Nacooche.

In North Carolina, the Gourmet Highway takes on added energy. Begin at Asheville’s Biltmore House, the most visited winery in America, dine at Isa’s French Bistro head out to the Yadkin Valley. One of my favorite stops is RagApple Lassie Vineyards in Booneville. Family owned by Frank and Lenna Hobson, the logo alone stops a visitor in their tracks. The happy cow, the facility namesake, is a prelude of the taste joys awaiting a visitor.

Featured on  USA Today, network television news and international publications is a mighty endorsement of winery ownership, the wines produced and the devotion of the owners and staff to high management standards. 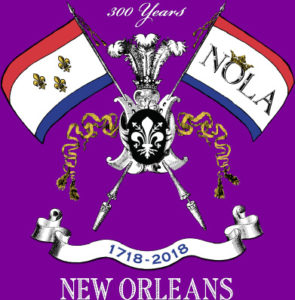 North Carolina wines are as diverse as Tar Heel cuisine. The OuterBanks produce fruits from coastal waters that inspire many to vacation here. The Piedmont is world renowned for some of the country’s most original barbecue. And, Western North Carolina is a green paradise of edibles, cultivated and wild. Go on a search for ramps sometime.

The Yadkin Valley road trip will keep a stranger hanging around. It’s beautiful, lush with fertile soil and an abundance of water, occupied in small villages filled with friendly folks.

Mount Airy is the cultural hub of the Yadkin district and here, in Andy Griffith’s home town, you’ll find a genuine crossroads of cultural heritage, an emulsion of people, accents, tastes, dreams and daring. 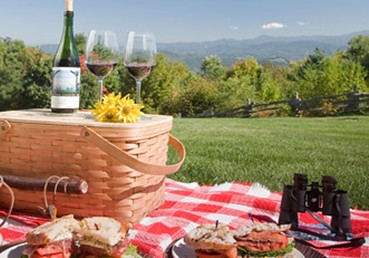 That’s what the Gourmet Highway is all about.

Old school journalism describes the style and stories produced by Doc Lawrence. “In everything I do,” he says, “there is a beginning, middle and an end.” One of the top travel writers in the country, Doc is steeped in the heritage of the deep south. Traveling the back roads from Texas to Virginia and on down to Key West inspires stories about local food and wine preferences, community theater, folk art and music often leading to clues for a good story. Heroes include Faulkner, Hemingway, Marjorie Kinnan Rawlings, Ralph Ellison, Dorothy Parker and Willie Morris. An Atlanta native, Doc keeps a well-stocked wine cellar and bar and two outdoor grills. He enjoys entertaining and believes that the greatest challenge for a writer is to keep searching for a higher life. www.winesdownsouth.com | editors@docsnews.com