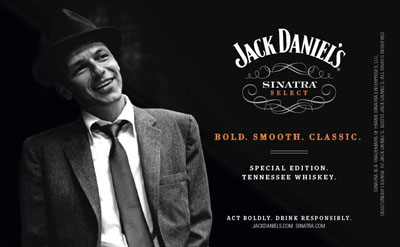 LYNCHBURG, TENNESSEE-Frank Sinatra said he was “for anything that gets you through the night, be it prayer, tranquilizers or a bottle of Jack Daniel’s.” This peaceful Tennessee village and home of the famous whiskey invokes images of a Norman Rockwell painting. This is original America, with the ancient courthouse in the middle of the town square. Sidewalks feature smiling locals and the cultural heritage is omnipresent. Never outsourced, Jack Daniel’s Tennessee Whiskey is only produced here. Every drop, says master distiller Jeff Arnett, is still made where the great elixir was born long ago.

Each year, on one designated Tennessee autumn weekend, all roads  lead to Lynchburg and the global gathering of barbecue cooks.

The 25th Jack Daniel’s World Championship Invitational Barbecue brings teams in from the world’s four corners. For one day, I assume the role of a judge, donning a nice apron instead of a robe, tasting everything from a grill you can imagine. The fact the the best of the USA and other counties vie for cash prizes and the prestige of winning at “The Jack” as the event is known, make this competition very special, comparable to the best food festivals on the planet.

The schedule this year included an introduction in the historic Bethel House of a new whiskey expression, Jack Daniel’s Sinatra Select. The tasting of Sinatra Select was conducted by Jeff Arnett who described aspects of the fascinating Frank Sinatra and Jack Daniel’s connection including the revelation that the legendary crooner was buried with a flask of Jack Daniel’s.

Bottled at 90 proof, Arnett said that the whiskey gains its rich character from specially crafted “Sinatra Barrels” mingling the magic of carefully selected oak with the classic Tennessee whiskey. “The Sinatra barrels,” he added, “impart a rich amber color, bold character, pleasant smokiness and a smooth vanilla finish. The smooth, bold character of the whiskey embodies the all that Frank Sinatra represented.”

The Sinatra Select affair, celebrating the perfect marriage of Jack Daniel’s and Southern food, included dishes from Nashville’s acclaimed chef, Lisa Donovan, who said she is “making the world a better place one biscuit at a time.” Her Tennessee delights, an amazing array of Southern fare featuring some of the area’s best produce and flavors, honored the 25th anniversary of the Jack Daniel’s World Championship Barbecue Invitational. The main course was Lisa’s special Nashville hot chicken. Hot chicken is a very popular Music City original that has been featured in The New York Times and on Food Network. A cornucopia of original dishes accompanied the main course: a trio of Kenny’s Farmhouse Cheddar Gougeres, smoked okra, and cheese grits, including some Tennessee treasures like Benton bacon and Miss Mary Bobo’s Jack Daniel’s stewed apples with Lynne Tolley, Jack Daniel’s great-grand niece on hand to explain how the right amount of her family’s renowned whiskey makes a wonderful substitute for vanilla flavoring. Ample pours of Sinatra Select paired seamlessly with every bite.

Judging top barbecue for prestigious awards is the primary mission of “The Jack.”  One of the most popular judges is “Famous Dave” Anderson, the founder of Famous Dave’s Restaurants. A Choctaw-Ojibwe Indian, Dave is the former Assistant Secretary for Indian Affairs in the Department of the Interior as well as a top barbecue ambassador. “Famous Dave” travels the country for speaking engagements and is the author of several award-winning books. With over 200 restaurants bearing the “Famous Dave” sign throughout America and Canada, he stays true to his mission “to have a Southern roadhouse shack” at each location.

“The Jack” also showcases the harmony and rhythm of country and bluegrass music blending everything with the excitement of meeting team members from far away places like Belgium, Estonia, Australia and many other countries. One of the judges at my table was Rain Kaarst, a young man who is also a member of the Estonia’s barbecue team, BBQ Symphony. According to Rain, barbecue “is growing in popularity is Estonia,” confirming what others had told me over the years about this signature American dish gaining traction throughout the world.

Leaving Lynchburg is nostalgic. Good friends and familiar places not to be seen until late next year. The lovely landscape and lingering taste of barbecue and Jack Daniel’s Tennessee Whiskey are more than enough to trigger poignant memories. Headed home back to the lowlands of the South, the sounds remembered from those back roads now include a certain baritone’s “dooby dooby doo” ad-libbed by old blue eyes at the end of his big hit record, “Strangers in the Night.”