LAKE BUENA VISTA, FLA– The song is etched into the American psyche: “Where have you gone Joe DiMaggio? A nation turns its lonely eyes to you.” Simon and Garfunkel’s classic from the hit movie, “The Graduate,” paid homage to a genuine hero. A career New York Yankee, Joe DiMaggio, called “Joltin’ Joe” by adoring fans, was once married to Marilyn Monroe. The dapper, soft-spoken and movie star handsome. DiMaggio was also a refined gourmet and restaurateur.

Many remember DiMaggio’s playing days in Fort Lauderdale and throughout Florida during the annual spring training ritual. 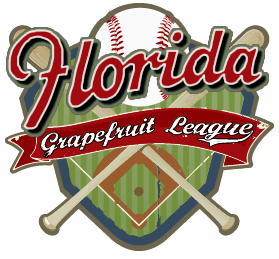 For a century, it has been called the Grapefruit League where, during March, Major League Baseball teams train and play relaxed games in select Florida cities. In earlier times, children would hobnob with Babe Ruth, Ty Cobb, Ted Williams, Tommy Lasorda, Hank Aaron, Stan Musial, Mickey Mantle, Sandy Koufax, Jackie Robinson and hundreds of others. Today, the games are still played in small, intimate stadiums and some players are approachable. Nostalgia is omnipresent. From baby days through the present, baseball has brought me to these cities, leading me into wonderful restaurants while expanding my knowledge of Florida’s fascinating cultural heritage.

The Atlanta Braves are headquartered at Walt Disney World. After watching the New York Yankees play the Braves, I was sufficiently hungry and left for dinner. A short distance away are many fine dining restaurants and I headed to one of the best.

Renowned for his unique style and ability to entertain, Chef Todd English-who as a teenager dreamed of playing professional baseball- combines in his spectacular and acclaimed restaurant Bluezoo the freshest Florida seafood with coastal cuisines from around the world in an impressive Chihuly-inspired setting. The dinner, cocktails and wine capped off a perfect baseball experience.

The Braves and other teams like the Red Sox, Cardinals, Phillies and Orioles travel to Lakeland to play the Detroit Tigers. Lakeland has been the spring home of the Tigers since the days of Ty Cobb the “Georgia Peach.”  Last year’s American League champions are back with high expectations. Visiting here for a game allows you to tour the glorious campus of Florida Southern College with its magnificent buildings designed by legendary architect Frank Lloyd Wright. Floors are painted Cherokee Red, Wright’s favorite color and the experience is unique to Florida.

Lakeland, like all the Grapefruit League cities, has top restaurants. The Terrace Grille is recognized as one of Central Florida’s best .In addition to being well known for its elevated cuisine, the restaurant is highly regarded for its historic charm and captivating architecture. Masterfully restored ceilings, period fixtures, and sweeping views of the hotel’s interior provide an enticing backdrop to a delightful menu.

The Braves train near what is called old Florida, a rural area  that harkens to the Cracker cuisine chronicled in the pages of Marjorie

Kinnan Rawlings’ “Cross Creek Cookery.” Ms. Rawlings, a Pulitzer recipient, understood the place of wine with Cracker food.  Her game dinners were often paired with French wines, a paean to the first wines brought into Florida from Europe by missionaries and conquistadors 500 years ago.

Swamp cabbage, better known as Heart of Palm, grits, game and cornbread would be on Ms. Rawlings’ dinner table. Today, a bottle of Blanc du Bois would make this an all-Florida experience. Not far from the Braves’ Disney compound is Lakeridge Winery, home of Florida’s own wine, Blanc du Bois, a dry, fruity white wine with a striking bouquet. The grape for Blanc du Bois was developed by the University of Florida in cooperation with Lakeridge and the wine, an international award winner, is comparable to many of the best white wines from Alsace.

Blanc du Bois is named it for Emile Dubois, a legendary Tallahassee winemaker in the late 1800s.

Baseball greats then and now are part of the gourmet culture and some of the most prominent like Stan Musial and DiMaggio were restaurateurs. Ty Cobb dined at the White House, enjoyed meals with the founder of Coca-Cola and top Hollywood stars. The Yankees manager Joe Torre is a discriminating diner and it’s not uncommon to see greats like Hall of Famer Don Sutton, now a respected baseball announcer, at many top-tiered Florida restaurants.

Much of the sports media world is focused on Florida this time of the year. Baseball, which began weaving into popular culture after the Civil War, brings generations together. A fan going from city to city during the Florida Grapefruit League games has a potential culinary adventure like no other.

There are big league games throughout the month in places like Jupiter, Bradenton, Sarasota, Kissimmee, Tampa, Ft. Myers, Clearwater and other Florida cities. Tonight, however, is reserved for a feast highlighted by rack of lamb enjoyed with Beronia Gran Reserva (2004), a regal red wine from Spain that honors the European heritage of Florida and the continuing connection with Major League Baseball.