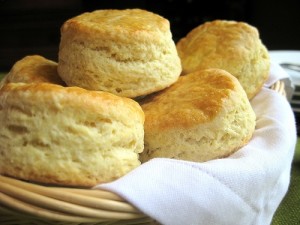 Perhaps the longest soliloquy about biscuits in the history of theater is in the middle of “The Dixie Swim Club,” a delightfully tender comedy somewhere between “Steel Magnolia’s” and “Designing Women.” During their annual retreat on North Carolina’s Outer Banks, a showdown prompted by a New York Times account of unhealthy carbs and Southern culinary traditions erupts, triggered by biscuits, a staple here since Sir Walter Raleigh landed centuries ago on New World soil.

Amid approving laughter, the audience of locals at Rome’s Little Theatre in this West Georgia town came down on the side of flaky biscuits. Food wars continue, but leave sacred dishes that have nothing to do with GMO, corn sweeteners or soda guzzling alone. 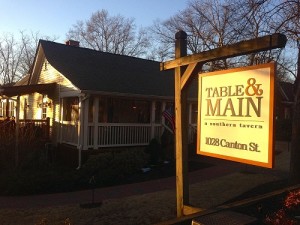 Roswell’s Bulloch Hall, a national landmark, was part of the Roosevelt family (Teddy’s mother Mittie Bulloch married Theodore Roosevelt, Sr.), and touring the magnificent home and grounds was enhanced with passed appetizers including platters of divine deviled eggs. The Roosevelts would love the modern Southern cuisine at Table & Main, emblematic of Roswell’s thriving restaurant culture. The wine list is thoughtfully crafted with selections that match dishes from the kitchen. Bourbon, a house specialty, takes an entire page on the cocktail menu. 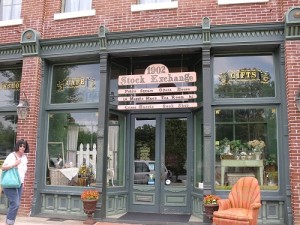 Enthusiasm reigns in Alpharetta, Roswell’s neighbor. A progressive city Alpharetta is  a haven of homes, prosperous businesses and many restaurants. Breakfast at Mittie’s Tea Room includes fresh from the oven Southern biscuits enjoyed amid lace, white linens, lovely flowers and charming hosts. Breakfast or lunch here could launch a full day of adventure.

Much of Northwest Georgia played a significant role in the events of 150 years ago. The Western & Atlantic Railroad witnessed battles and raids along the line of tracks that extends from Chattanooga to Atlanta. Adairsville and nearby Barnesley Gardens saw hostilities. The historic railroad terminal in Adairsville features a mural of “The Great Locomotive Chase,” popularized by the Disney movie of the same name. 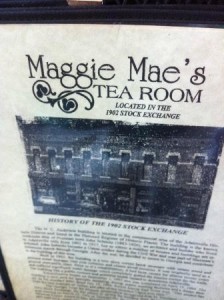 Tea rooms are never far from battle sites. Just across the street from the Adairsville terminal. Is Maggie Mae’s Tea Room located in a building known as the 1902 Stock Exchange that includes a wonderful bookstore and antiques with a second floor performance stage accessible by a romantic winding stairway. A bundle of energy and charm, Rita Pritchard owns and manages everything.

Few places in the South equal the natural splendor, luxury and history of Adairsville’s world-renowned Barnsley Gardens. The namesake family endured the hardships and destruction of the Civil War and some joined the mass exodus of Southerners who fled to Brazil at the war’s end and founded Americana near Sao Paula. Over 200 Barnsley descendants live there today.

Friday night in Rome means dining at the Harvest Moon Café where walls are decorated with local folk art complimenting a modern Southern menu. Biscuits of course are available, but you should sample the sweet potato chips accompanied by Jack Daniel’s on ice. Prime rib is thick cut and even more delicious with glasses of Argentine Malbec.

There was no morning without biscuits. Enjoying them properly requires a little discussion of gravy. Two varieties dominate: creamy sawmill/sausage and red eye. One is mostly milk-based and the red eye can be a masterpiece if made with the debris from skillet fried country ham and strong coffee.

The Booth and the Tellus Museums give Cartersville the distinction of having two major museums in a medium-sized city. Both are spectacular and should be part of a vacation journey provided you add in the archeological wonders of the Etowah Indian Mounds. While the city has many exciting places to dine, my entourage opted for Henry’s Louisiana Grill in Acworth nearer Atlanta.

Ebullient and sincere, Henry – a Cajun transplant – oversees each table, assuring that wine and cocktail glasses are refreshed and that the gumbo and jambalaya meet expectations. The bread pudding was served with a bourbon caramel sauce that balanced out the entrée spiciness. Mojitos are obligatory.

Marietta showcases one of the South’s most active city squares where restaurants and all kinds of stores make for great browsing and shopping. The Gone With the Wind Museum is interesting enough to keep guests hanging around for a few hours. Saturday on the square includes wine tastings.

The Marietta Hilton is on the grounds of the former Georgia Military Institute, destroyed 150 years ago by General Sherman who occupied Marietta prior to attacking Atlanta. After touring cemeteries, historic buildings and searching for elusive ghosts, flaky breakfast biscuits, hot coffee and gravy preceded departure.

Carl Sandburg described  poetry as “the achievement of the synthesis of hyacinths and biscuits.” His words serve as an affirmation that down here really good things are not forgotten.