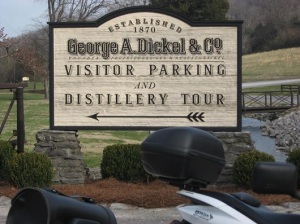 As summer winds down, my journeys over the years regularly take me back to Tennessee. Kinship is a lure with family near Nashville. But, increasingly the draw includes the taste adventures of Tennessee whiskey, the delightful food served in country restaurants and the taste thrills from the remarkably ascendant Tennessee wine industry.

Driving from Chattanooga towards Nashville means crossing Monteagle, where the majestic views and thin air surround Sewanee, a highly regarded university and one of America’s top barbecue centers, Jim Oliver’s Smokehouse. Aficionados admire the pork and chicken, but the cardinal rule is not to leave without a few bottles of the acclaimed barbecue sauce. Every drop is in a pint whiskey bottle and contains more than an adequate amount of the Volunteer state’s famous distilled spirit. Live Bluegrass music is an extra treat that blends well with barbecue.

Going down the west slope of Mont Eagle towards Manchester leads to one of Tennessee’s prized wineries, Bean’s Creek. The spectacular countryside provides the backdrop for some very interesting regional wines, notably Chardonel and Vidal Blanc, two light white wines and a spectacular red, Chambourcin plus the native Cynthiana, made from the red grape that Thomas Jefferson envisioned as an American varietal that would someday become our country’s favorite.

The final stretch could be called the Whiskey Highway. The destination was Cascade Hollow with two of the world’s most famous distilleries less than 20 miles apart.

The home of one of America’s famous whiskey makers hosts visitors from all continents, according to George Dickel Master Distiller John Lunn. The historic facility in Normandy, Tennessee has a kinship of sorts with nearby Jack Daniel’s Distillery in Lynchburg. “We both use maple charcoal to filter before barreling,” Lunn said, “but there are taste differences that make us distinctive.” The distillery, which includes a visitors center and tasting room is nestled in the bucolic countryside with a feel of early America.

Dickel has several expressions of whiskey (note George Dickel’s Tennessee Whisky uses the traditional Scottish spelling of whisky) but its Tennessee sour mash whiskey remains the most popular with visitors and consumers at large. Dickel’s professional staff leads walking tours through the entire process explaining the essentials of grain, pure water, oak and maple hardwood and a personal touch. According to Lunn, corn makes up over 80 percent of the grain used to produce his whiskey, mostly sourced from local farms that dot the picturesque landscape located midway between Nashville and Chattanooga.

The tours are easy-going and encourage questions. Next to corn, what are other important ingredients? Lunn responds that “water is essential. Our water comes from Cascade Springs here on the property. It’s pure and untreated and has been used since the distillery was founded in the 19th century.”

The George Dickel Distillery is a throwback to early American craftsmanship. Everything from beginning to bottling is under the direct supervision and control of distillery personnel. The distilling process is quite visible during tours, including the making of charcoal from maple, the construction of barrels, corn storage, bubbling fermentation tanks, distillation boilers, barrels for aging and barrel storage. “Nothing goes out without my approval,” Lunn stated.

Distillery grounds are pedestrian friendly and include a bridge from the visitor’s center to the actual distillery. Crossing over the creek flowing from Cascade Springs allows a stop to view native fish swimming in the crystal clear water.

Lunn, a Vanderbilt graduate with a degree in chemical engineering, represents today’s high-tech emphasis in the whiskey making process where quality is critical. Few industries have connections to early days of America. Tennessee whiskey like its cousin Kentucky Bourbon is rooted in the country’s baby days. “George Washington made whiskey at Mount Vernon,” Lunn observed. The process then was essentially the same as visitors see today in Cascade Hollow’s George Dickel Distillery.

While the methods are similar to those of neighbor Jack Daniel’s Distillery, the taste is different. Both are renowned beverages and preferences vary. Both should be part of the stock for a home bar and either one make terrific cocktails suitable for any time of year.