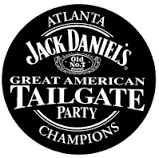 Tailgating in Baton Rouge on a game day Saturday outside LSU’s Tiger Stadium showcases cuisine that would “put many fine dining restaurants to shame,” according to the highly respected Tim McNally, a legendary New Orleans radio and TV host and former president of the New Orleans Food and Wine Experience. Tailgating is firmly embedded in America’s vernacular, one of those magic words that triggers the imagination, invoking memories of waffling smoke, good food and refreshing drinks. It’s our colossal outdoor feast, a celebratory extension of backyard grilling and reunion picnics that blends naturally with college football.

Tailgating is no longer confined to guys roasting hot dogs and grilling burgers. Talented women now join the men, making this a major event serving up some of America’s most creative casual cuisine brilliantly paired with fine wines, adventurous cocktails and esoteric Muscadine sangria, often competing with the big game for attention.

Immersion in these tailgating soirees broadens the palate. By concentrating on the SEC and ACC, whose member schools blanket the South and reach faraway Boston and Syracuse, I’ve witnessed first-hand the spectacular growth of these feasts into the fabric of culinary America.

Tailgating combines rewarding travel-some of the college towns are in lovely secluded places and charming towns-with the excitement of entertaining. And nothing celebrates friendship better that sharing food and drinks. Joe Namath, the University of Alabama and NFL great said the “football is like life. It’s a game about sharing. So is life.” Sharing is integral to the ethos of tailgating hospitality.

Gourmet tailgating was always waiting to be discovered. As the popularity increased (much the same as football’s fan base), cookbooks, TV news segments and celebrity involvement jumped on board. What was once esoteric partying became something highly sophisticated. Artisinal cheese and grilled lobster paved the way for more food excitement.The explosive showcasing of local food and great home chefs shows no sign of waning.

Tailgating is commonplace at outdoor concerts, Nascar races and even old drive-in theaters. Near Georgia’s border with North Carolina, the Tiger Drive-In offers more than movies. Tailgaters flock to feast and party while watching Notre Dame host the Bulldogs of Georgia on the grand outdoor screen. This has become a tradition in a highly popular vacation area noted for its renowned wineries.

Iced tea ranks alongside beer, wine and cocktails for tailgating. Celebrity TV chef Lara Lyn Carter, an Emmy winner, is a regular contributor to the tailgating series. “Keep all drink options open,” she advises. “Everyone has different taste preferences and satisfying them should be easy: soft drinks, tea, wine, good beer, whiskey, tequila all have their place.”

One staple will be Jack Daniel’s Tennessee Whiskey, but we also feature bourbons and whiskey from Kentucky, Texas and a few other states Jack Daniel’s, our longtime friend, is a tailgating pioneer. It still goes well with Coca-Cola or Ginger Ale. Many enjoy it neat. King Estate wines from Oregon pair with Southern cuisine and are widely available. Sangria made from Paulk’s Pride Muscadine juice is delicious. Chef Lara Lyn Carter’s Mayhaw Bellini made with Prosecco and Mayhaw juice from the indigenous berry is a tailgating original.

Although there is kinship with barbecue and grilled food, tailgating has grown alongside the sports culture. sophisticated event. Atlanta’s new Mercedes-Benz Stadium hosts the College Football Championship game next January and announced plans for dedicated tailgating space. But the college campuses in places like Tallahassee, Clemson, Georgia, Tuscaloosa, Ole Miss and LSU will remain the centerpiece of traditional tailgating.

Without any hesitation, Tim McNally says that LSU is tailgating’s epicenter. His description reads like a page in a Southern novel: “The bounties of the land and waters are well represented, prepared on site by fans who learned their craft from mothers and fathers. Grills are fired up and so are boiling pots, hot plates, portable ovens, coolers, microwaves, big screen TV’s, high-end stereo rigs, lighting, sofas, lounge chairs, tables, and whatever else is needed to feel at home away from home while offering food and a full-range of adult beverages from beer to wine to spirits with incomparable hospitality.”

That is tailgating paradise.

[author] [author_image timthumb=’on’]https://www.mycookingmagazine.com/aboutdoclawrence.jpg[/author_image] [author_info]Old school journalism describes the style and stories produced by Doc Lawrence. “In everything I do,” he says, “there is a beginning, middle and an end.” One of the top travel writers in the country, Doc is steeped in the heritage of the deep south. Traveling the back roads from Texas to Virginia and on down to Key West inspires stories about local food and wine preferences, community theater, folk art and music often leading to clues for a good story. Heroes include Faulkner, Hemingway, Marjorie Kinnan Rawlings, Ralph Ellison, Dorothy Parker and Willie Morris. An Atlanta native, Doc keeps a well-stocked wine cellar and bar and two outdoor grills. He enjoys entertaining and believes that the greatest challenge for a writer is to keep searching for a higher life. www.winesdownsouth.com | editors@docsnews.com[/author_info] [/author]