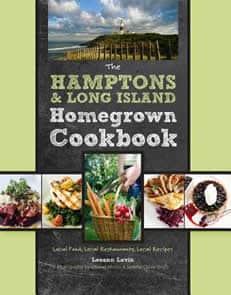 If what you know about the Hamptons comes from watching Revenge or Royal Pains on television, a new food book called The Hamptons & Long Island Homegrown Cookbook by Leeann Lavin is ready to separate the glamorous and racy fantasy of the Hamptons lifestyle from the reality of working, living and eating on this historic part of Long Island.

The history of Long Island and the Hamptons is the story of farmers (starting with Native Americans) and also of artists and writers, drawn to the place by the promise of isolation and budget-friendly accommodations. Real estate developers, starting in the Gilded Age, have gradually but persistently turned the Hamptons into a second-home playground for the rich and famous such as Steven Spielberg, Alec Baldwin, Billy Joel, Martha Stewart, Donna Karan, and a lot of other celebrity A-listers. Property isn’t budget-friendly anymore. 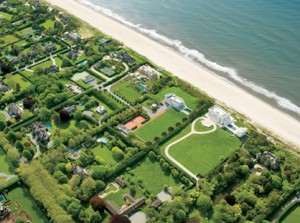 Long Island is the longest and largest island in the contiguous United States, extending nearly 120 miles from New York Harbor to Montauk Point. A lot of the Hamptons and Long Island is still dotted with potato and cauliflower fields, dairy and duck farms, vineyards, berry patches, herb gardens and fabulous farmer’s markets. Chefs at popular restaurants up and down Long Island and throughout the villages in the Hamptons such as Sag Harbor, Water Mill, Montauk and East Hampton rely on local seasonal produce for their menus. My favorite television chef and cookbook author, Ina Garten, lives in East Hampton and shops locally for ingredients she uses on air. 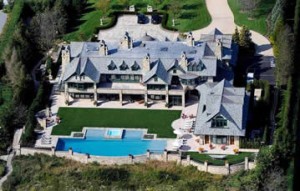 This new cookbook, with big and luscious photography by Lindsay Morris and Jennifer Calais Smith, documents Long Island and Hamptons culinary modern life while showcasing some of the 75 recipes that the author gathered from famous area restaurants and inns such as Nick and Toni’s, Southfork Kitchen, Maidstone Inn, Starr Boggs, Jedediah Hawkins Inn, Vine Street Cafe, Swallow and more. She includes a biography of the chefs and the story the restaurants featured.

Here are two recipes to tide you over until you buy the book or schedule a vacation to the Hamptons.

4 small zucchini, but into ½-inch pieces

Place the zucchini, peppers, onion and chicken stock in a saucepan and bring to a boil. Reduce the heat and allow it to simmer for 15 minutes. Remove from the heat and let cool for 15 minutes. Pour half the soup mixture and half the sour cream  into the bowl of a food processor fitted with a metal blade. Add the parsley, salt and pepper. Whirl until smooth. Add the rest of the ingredients and process until smooth. Serve soup in bowls topped with a slice of zucchini, a dollop of sour cream and a sprig of fresh dill.

3 thoughts on “Happy in the Hamptons”