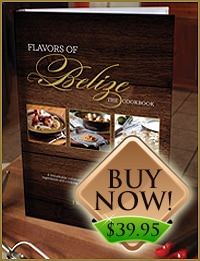 You only have to watch a few episodes of the HGTV series House Hunters International to realize how popular Belize has become as a travel destination, location for a second home or as a landing place for American and British retirees. The beautiful beaches, relatively low cost of living, great variety of scenery and the food beckon people daily to this Central American country of of 321,000 people. The first language of the county is English. Spanish is the second.

Belize is bordered by Mexico, Guatemala and the Caribbean Sea. People of different nationalities have been coming to Belize for centuries and the cuisine of the nation traces cultural influences to the ancient Maya and Mestizo, as well as Creole East Indian, Garifuna, Chinese, Labanese, Mennnonite, Caribbean and British, all of which are represented in a new cookbook called Flavors of Belize.

Shelley Stonesifer, the editor and supplier of many of the recipes in this lavish book that is as much a cultural history of Belize as it is cookbook, is a seventh-generation native of Belize who moved to the United States for her higher education and culinary training only to return to Belize to live after the death of her father. That’s when she got serious about collecting Belizean family and restaurant-chef recipes. She also researched the history of the foods that characterize this fascinating country. 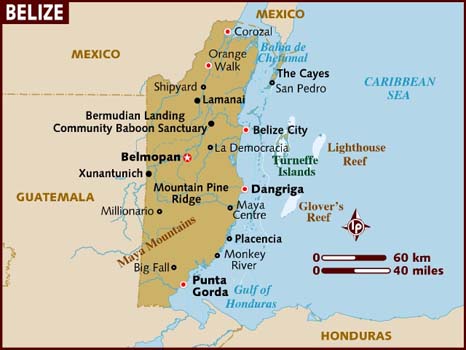 Belizean recipes, according to this book’s publisher Tanya McNab, can be traced back groups who came to the country from China or Lebanon in the 1800s to work in the mahogany timber camps or sugar plantations. Other nationalities came as missionaries, conquerors, or colonizers while some fled Spanish tyranny from other parts of the Caribbean or Mexico. Some were travelers who fell in love with the place and stayed.

For a small country Belize is a large, colorful and complicated tapestry of nationalities and all of those cultures show up in Belize cooking today. Because of that, one of the challenges of trying recipes from Flavors of Belize will be sourcing ingredients such as breadfruit, hibiscus blossoms, conch, chaya, cassava, craboo or cho cho. But, thanks to the Internet, the global supermarket is generally a click away and local ethnic farmers markets and boutique food stores are part of the cuisine landscape of most cities in America today.

Here’s a rich and gorgeous-looking soup to tempt the holiday cook this month. It’s a little bit exotic but will probably please most of the guests at your festive table. Serve with hot crusty French bread and a bold wine.

1 half ripe plantain, peeled and cut in small chunks

Heat oil in a stockpot, add flour and stir constantly with a whisk until the flour is golden brown. Stir on onions and tomato paste for 2 minutes until onions are a deep golden brown. Add coconut milk, fish stock, thyme and garlic. Stir, bring to a gentle boil, lower heat and let sauce simmer for 10 minutes. Add potato, cassava, bell peppers and carrots and boil until vegetables are gender. Add lobster, fish, shrimp and conch and simmer until cooked. While soup is boiling, mix grated green plantain with coconut oil, salt and pepper. Form the mixture into teaspoon sized balls. Add dumplings along with one-half ripe plantain to the soup and bring to a rapid boil for 5 minutes or until the plantains are cooked. Season to taste. Serve hot.