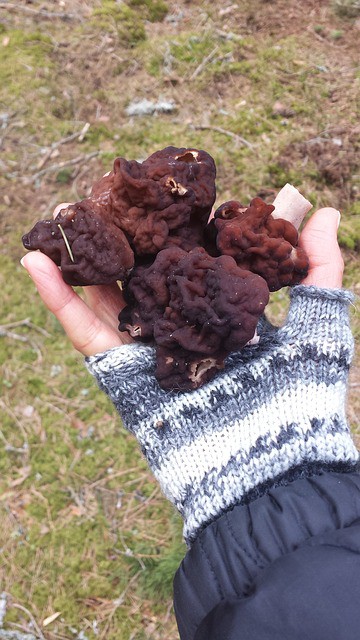 They are a delicious springtime delicacy, hiding right in plain sight, if you know where to look.  And that’s the catch….finding those glorious morel mushrooms before anyone else does. Oh, and you must keep the spot where you found them to yourself.  You don’t want a nosy Nellie getting to that sacred ground before you do!

Even though you can find morel mushrooms in almost any state in the country, other than the gulf coast states, I always think of them as growing in the Midwest. I think it is because I grew up in Michigan where, as a family, we would scavenge my grandparents seven acres of woods looking for the elusive little morsels. Each one of the grandchildren, with paper sacks in hand, would tromp through every inch of the woods trying to find more mushrooms than the next one. How thrilling it was to find a small patch of them and be the winner! 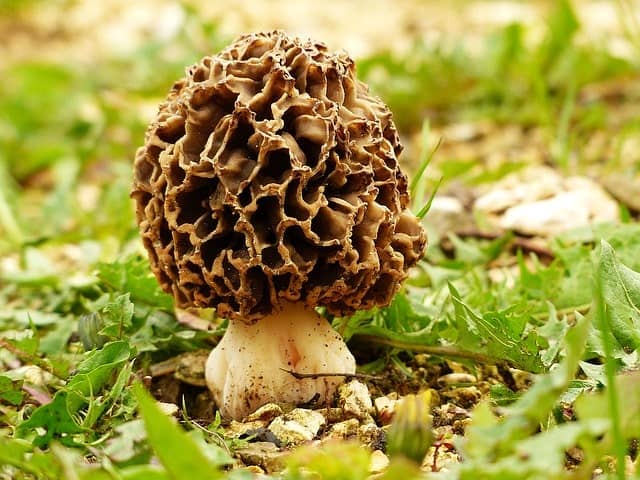 We now reside in Florida, but our two daughters invited us on a recent trip to Northern Michigan for the Boyne City Morel Mushroom Festival, sans their children and husbands.  It was just the four of us, like old times.  We had a grand adventure!  First of all, we had a brief class on how to find the morels.  Then we were given mesh-like bags to carry the oodles we were going to find.  After being taken to a “secret” location, we were left to fend for ourselves.  The entire group found a grand total of two. You can never depend on the weather and northern Michigan had had a cold rainy spring, hence very few morels yet.

Since there were basically no morels to be found on our search, we scooted over to Café Sante, which sits right on Lake Charlevoix in Boyne City and it is there where we enjoyed an entire three course meal with morels at the center of each delicious bite.  We started with a morel beer cheese soup; followed by our entrees, morel tart, morel quiche, and morel pizza; and ended with dessert, morel sweet plate, which consisted of morel ricotta, ciabatta toast points, morel fig jam and orange walnut butter. It was one of the most delightful dining experiences I have ever had. 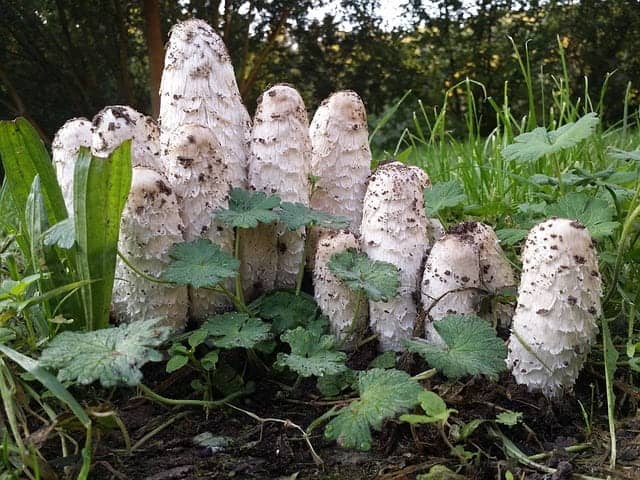 A good tip I heard regarding when is the optimum time to start searching for morels, is when you see the first lilacs start to bloom, that’s the time to hightail it out to the woods for a look-see.   Foraging is such a popular food trend right now.  You will be one of the hipsters saying, “Oh, yes, we forage for our food all the time!”

Once you have them home, use fairly quickly or store them loosely in a ventilated container for the ultimate freshness. 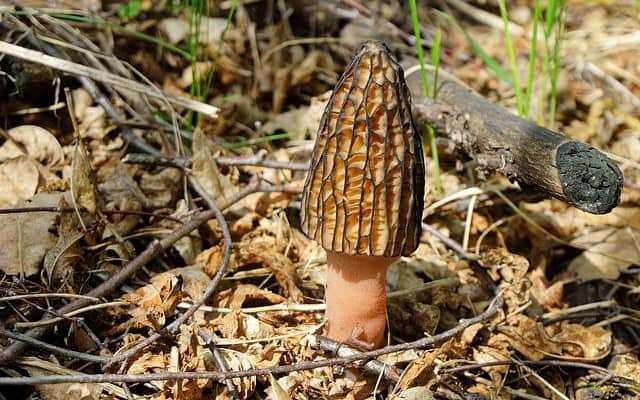 One word of caution, or actually two, before starting out on your morel hunting expedition, be sure you study and know what you are looking for.   Remember, safety first.  There are mushrooms known as false morels and you do not want to pick those potentially poisonous impostors.  There are distinct differences if you know what to look for.  Make it a point to know one from the other and you will be just fine. Let the hunting begin! 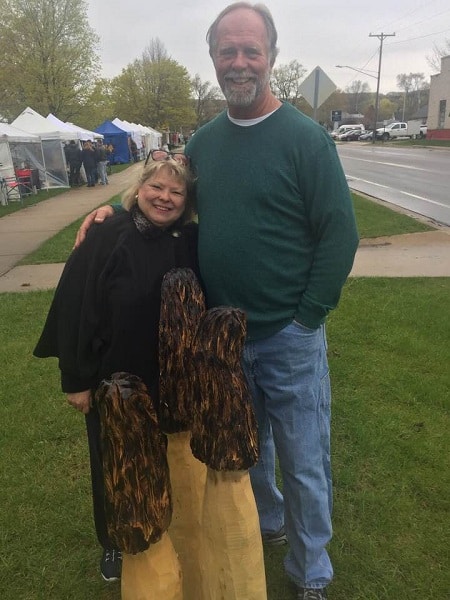 A Midwesterner by birth, but a Floridian for the past almost 40 years, Debbi Benedict has been a longtime magazine columnist and an even longer edible landscaping enthusiast. Her definition of an edible landscape is, “Food for myself; the birds, bees, and butterflies; and most importantly, for my soul.” As a young girl, her love of the lore and accessibility of herbs started her on her gardening journey. Upon her move to Florida, her gardening world exploded as she was introduced to the magical tastes of tropical fruit trees and the value of native plants. Now her quarter acre yard, known as Benhaven Farm, flourishes with over 100 fruit trees, shrubs, and vines, and an unknown number of native flowering plants.