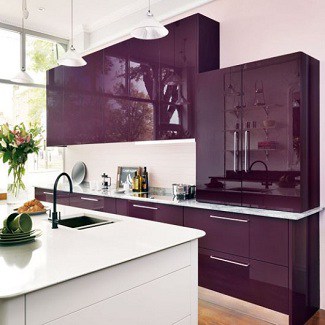 Here’s some background and advice about color choices for your kitchen or dining room in case your Spring cleaning energy extends to redoing the colors at home. And maybe it should. Design experts know that paint is the least expensive way to dramatically transform a space.

Joseph Binney, a British veteran of the 1853-56 Crimean War emigrated to America and founded the Peekskill (NY) Chemical Company to refine carbon black and red oxide powder for dyes. In 1885, Edwin his son, and his nephew C. Harold Smith, renamed the venture Binney and Smith. About 1900 they moved to an Easton, Pennsylvania, grist mill and added slate pencils to their product lines. Selling pencils took them into schools and in 1903, Mrs. Binney, after seeing colored (though toxic) wax sticks in France suggested to Ed that B&S bring color to American schools in the form of  Crayola crayons.

Today, crayon color selection for we (mentally) 9-year-olds is still pretty simple. Not so simple for the adults among us standing in front of the 37,234 colors (hues) in 6 finishes, at Bigbox ‘R Us. Today there is a psychology about color.

For example, red is the best color to shout “buy me” consumer stuff. Red gets our attention and then increases heart rate and adrenaline flow. It’s an energy color and in Eastern cultures, red is the color of prosperity. Paint your front door red and money will flow toward you. However when you try to sell your house, your favorite red dining room has buyers squirming. Warm neutrals colors generally sell houses. 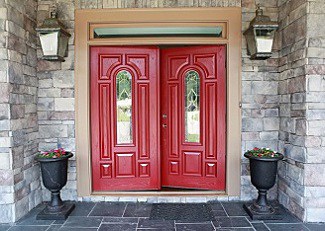 But if you’re not selling and want a nice jolt of color, what’s wrong with a room painted Radiant Orchid?  There really is such a color and here’s how Radiant Orchid bloomed. The Pantone Corporation in New Jersey is probably best known for its Pantone Matching System, unfortunately known in the printing trade as PMS. Pantone’s been around since the 1950s and today is a major arbiter of color trends.

A couple of times a year representatives from various international color standards groups meet in a secret cave high in the Alps and compare the cute outfit colors that they wore to the meeting to select the next Color of the Year.

In late 2010 Pantone said about their upcoming 2011 pick of Honeysuckle (18-2120):  “In times of stress, we need something to lift our spirits. Honeysuckle is a captivating, stimulating color that gets the adrenaline going – perfect to ward off the blues.”  (By blues, they mean the mood. Note: several times the color blue family was a winner: Blue Iris in 2008 and Blue Turquoise in 2005 as well as Cerulean in 2000.) 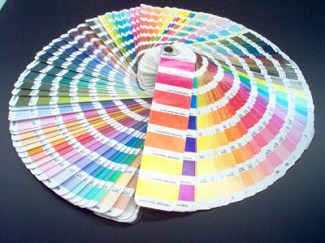 More businesslike, Color Marketing Group (CMG), a non-profit founded in 1962 says: “our color design professionals convene (similar to convening around your kid’s report card) throughout the year, in local and international gatherings, to discern what innovations are about to change the world, what adaptations we need to make, and which hues best express how colors evolve with the times…. from discussions…  trends emerge. Consensus is reached. And the palette of the future takes shape.” A bit more clearly: “Our members interpret, create, forecast , and select colors in order to enhance the function, salability and quality of manufactured goods.”

Ah, ha-ha-ha the truth is out! “Enhance the…salability” Now I know who’s been hiding my favorite colors from the 1970s only to resell them to me the week after I throw out my Donnie and Marie jacket!

Flippant as I am about the importance of the color selection process, these companies’ extensive research has an impact on designers, homeowners, furniture makers and purveyors of carpets, wallpaper and store-bought drapes. But, oddly enough, the color that has been the most prominent the past two years across the board from house paint to interior room hues to toss pillows to flooring and bed linens, has been gray. And that trend continues. Go figure.

5 thoughts on “It’s All about Color”