Because of the still-struggling economy, kitchen renovations have stayed on the budget-friendly side during the past few years making trends difficult for the average homeowner to embrace. For instance, remodeling by going “green” is a concept that most Americans support until the numbers come in. Going green is generally more expensive, especially in the short run, so homeowners in large numbers have opted not to, with the exception of including something like bamboo floors in kitchen renovations. Homeowners are more likely to purchase environmentally-friendly cleaning products than to invest in a recycled glass counter top such as Icestone which is $95 a foot. If you’re considering a small or large renovation or if you’re building a kitchen from scratch, here are some features to consider if you want to be right in style.

Open Concept: No one wants an isolated kitchen defined by four walls. The overwhelming trend is open-concept styling with a kitchen that is open to a dining area/family room. It’s a loft-like attitude. 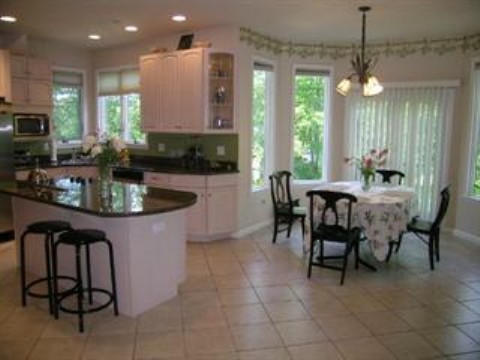 Flooring: Choosing hardwood, engineered wood or wood laminate is the trend. These floors are durable, handsome and the color and grain choices as well as options for width of individual planks are endless. 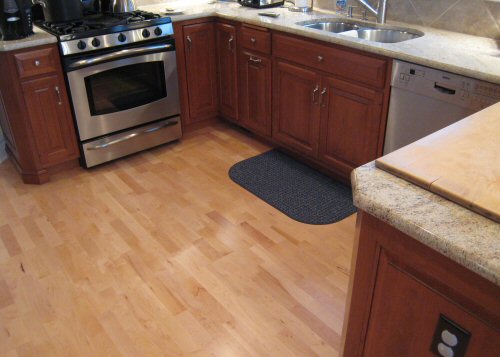 Oven Tower: Homeowners want a section of the kitchen devoted to a tower consisting of two wall ovens (one convection, one conventional), a microwave and a warming drawer. Stainless steel remains the finish of choice for this tower of power. 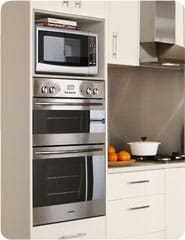 Counters: Granite counters are a trend that has peaked and passed. The new surface to have is quartz. Other counter trends gaining attention are butcher block (yes, it’s back), exotic woods, Caesarstone, Silestone, the new generation of Corian and concrete. 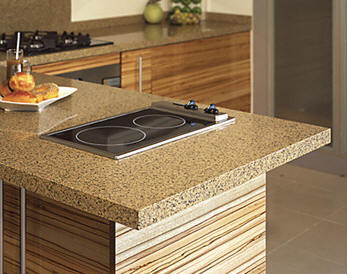 Cabinets: Maple is the most popular wood because it takes both stain and paint so well. However, the trend for 2013 is to paint or stain upper cabinets one color and the lower ones another color. Other trendy woods are cherry, bamboo or reclaimed wood for a rustic, layered look. 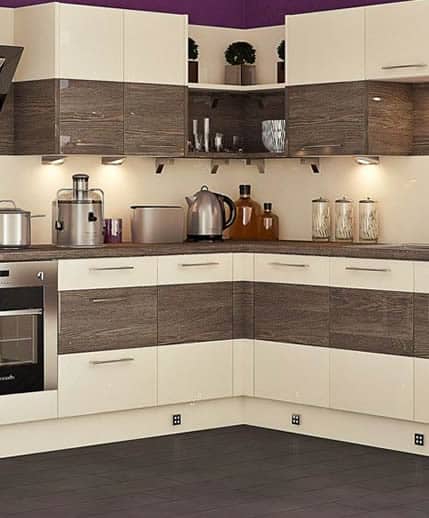 Island or peninsula: Cooks and families who gather in the kitchen love them. Most prefer the center island but in tight quarters, the peninsula will do. The trend today is to have the counter top of the island a different color and surface than the rest of the kitchen counters. Also, the base can be painted in a color that harmonizes but does not duplicate the kitchen cabinet colors. In the case of a peninsula, the surface should be the same as the rest of the counters since it is just an extension of that surface. 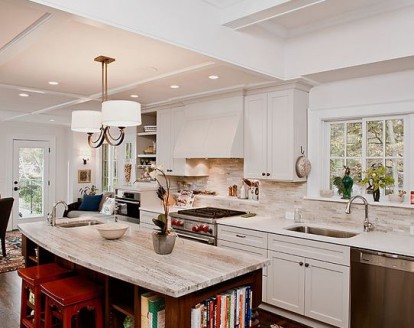 Expanding backsplash: The range hood used to the the dramatic focal point of a kitchen but today it’s the backsplash. And that backsplash is spreading to cover whole walls from counter height to ceiling. Mosaic glass tile is still strong but look for textured metals to become popular.

Hardware: Brushed nickel remains the trend. Bin pulls and potato knobs are the popular choices right now. But look for streamlined modern pulls that look like long thin rods to take over. In some parts of the country, brass is poised for a comeback, but not in Florida. It’s nickel and oil-rubbed bronze that appeal to most homeowners.

Colors: White, neutrals, soft shades of gray or buttercream yellow. It’s a trend (and a good one) to paint the ceiling a color other than white. Also, wallpaper is back in a big way and it’s being used in the kitchen on an accent wall.

Beverage Center: A section at the end of the kitchen has replaced the wet bar. A beverage center includes a counter for serving buffet style, an under-counter wine unit, a built-in ice maker and shelving for wine and cocktail glasses. Generally, there is no sink. Many homeowners add an attractive backsplash to match the design of the beverage center to the kitchen.

Cooktop: Serious cooks want gas, the rest are investigating induction surfaces. Induction is a trend headed to be a kitchen standard down the road.

Built-in Coffee Maker: It’s a small luxury and extremely popular. People who have opted for this trend, often say it’s their favorite thing in a kitchen remodel.