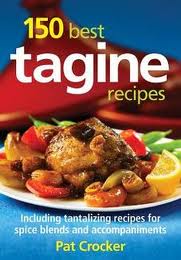 Tagine, that exotic word carries me back 40 years to the fabulous coastal city of Essaouira (Mogador), Morocco where the winds are rarely quiet, the sun a constant companion and turning a corner down one of its many alleyways carries one from the time of the Phoenician indigo traders through the voyages and explorations of the Cretans, Greeks and Romans, past its days as a Portuguese fortress on the wild coast of western Africa on to the delightfully classic French inspired 18th century center of learning and culture to its present day as a World Heritage Site.

In the mid-1700s, enclosed by crenellated battlement walls, Essaouira was known as “the port of Timbuktu,” a fortress protecting trade while beckoning commerce, portal to the Sahara and black Africa. Essaouira has three separate districts: the Casbah for business and government, the Medina where the markets for fish, spices, grains and vegetables, meats and everyday goods are located and the Mellah, the Jewish quarter, with cafes, pharmacies, patisseries. 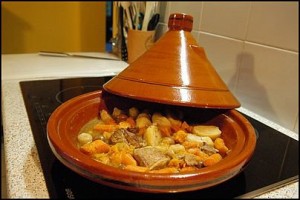 Through the centuries travelers have brought their culture and cuisine to this city.  In its souks one can find spices beyond recognition blazing with color and scent, fruits and vegetables grown throughout the Mediterranean, Africa and Asia and local meats. Down on the fishing docks the hungry are tempted by sardines grilled whole, fresh from the day’s catch, served with red onion, lemon wedge and half a loaf of black bread, hot from the communal ovens. Then there are the  oils, nuts, dried fruit, olives, capers, cultured milk  and mint tea stalls.  But, the tagine …

A tagine is a glazed earthenware two-piece pot consisting of a shallow base and conical top with steep sides. Traditionally, meat is placed in the base in fat, vegetables are layered on top of the meat stacked from longest cooking time to shortest. Herbs and spices are sprinkled on each layer and broth added to aid in the creation of an aromatic steam. The cone is sealed with a ribbon of flour paste and the whole is placed on a charcoal brazier to slowly simmer until the rich, simple country stew is braised to fork-tender perfection. (Today the modern tagine is made of enameled cast iron and is cooked in the oven or on a stove top). 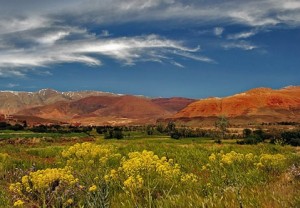 Besha, our Berber landlady and the master of the house, located a short walk from the vegetable souk, that a group of us rented in 1970, would add dried fruit that complemented the meat (dates and figs with lamb, prunes and apricots with chicken, preserved lemon with fish).  She was particular about her layering and would start with olive or Argan oil (from a nut tree indigenous to southern Morocco), a layer of sliced onion, another of sliced potatoes (to absorb some broth and crisp in the sizzle), the meat, fish or chicken followed by handfuls of garlic coarsely chopped, cumin (found in everything, as is allspice), cinnamon, black pepper, torn bay leaf, a squeeze of lemon, carrots, peppers, olives, eggplant, summer squash, parsley, thyme, a pinch or two of salt and pepper.  She always served whatever was cooked with bowls of couscous flavored with raisins and almonds, saffron, paprika and turmeric.

Today, western cooks, rely on a number of chefs schooled in Moroccan and Mediterranean cuisine. Begin with the Queen of the region, Paula Wolfert, whose book Couscous and Other Good Food from Morocco (published in 1973 and still in print and still THE guide) lies frayed and splattered next to the copy of Mastering the Art of French Cooking that Alec and I share, and continue through to the recently published 150 Best Tagine Recipes, by Pat Crocker that brings a modern touch to an ancient art and adapts dishes to the tagine in interesting ways. To my knowledge there is yet to be a definitive cookbook that brings to life the true character of Essaouira’s Bean Street.

Lamb Tagine with Oranges and Dates

In bottom of a flameproof tagine, heat oil over medium heat.  Add onions and Berbere and cook, stirring, for 5 minutes.  Add lamb, tossing to coat    with onions and spices. Cook, stirring constantly for 6 to 7 minutes or until lamb is browned on all sides. Add beef broth and lemon juice and bring to a boil.  Stir in carrots, cabbage and dates. Cover with tagine lid, reduce heat to low and simmer stirring occasionally, for 1 hour. Stir in orange sections. Replace lid and simmer for 10 minutes or until heated through.  Lamb should cut easily with a fork and if not quite tender, replace cover and simmer until tender.

Citrus fruit works to balance the richness of the lamb, so use lemons and oranges and grapefruit often. You can simply add them in the last 15 minutes  of cooking the tagine.