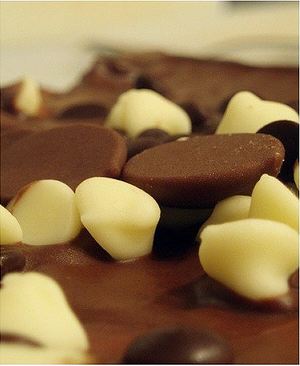 How often have I sat at some restaurant, and possibly more often my own dinner table, longing for some basic fare, only to be confronted with yet another example of culinary overthink? Too often I think. And I worry, that in our search for sophistication, we have lost our taste for good simple food and replaced it with ever more complex variations on no particular theme whatsoever.

Simply because my mother had been transported from rural England, to the hinterland of Africa, it did not stop her from providing a varied and nutritious diet for her family. Interestingly enough, she did not partake of those meals.

While a steady presentation of such nourishment as might be expected to not only sustain her husband, but also supply that which growing youngsters would need in order to become productive members of the Empire, she herself rarely sat down to dinner with us, preferring instead to consume that which she did in the kitchen.

My inquisitive nature was not needed given the confines of the home and her dietary regimen was no secret. In the morning she would drink perhaps two cups of tea with about three biscuits, while providing the obligatory breakfast of two eggs each to the children. We would then head off to school and she to work. It is my understanding that she ate several more biscuits there for lunch, accompanied by who knows how much tea.

As mentioned, dinners were varied, though not for her. Standing at a Formica-topped kitchen table, she would prepare a whole-grain brown bread sandwich with two slices of fresh tomato. This she devoured in full view of the rest of the family who were eating whatever it was that it had been determined we needed. There was no way to lure her to the dining room table short of some sweet dessert like trifle, or steamed syrup pudding, for which she was, at least to us, famous. But steamed syrup pudding was restricted to Sundays.

And so things went even after my sister and I had moved on with our lives and they had settled down to the tedium that is age. Our father would eat all alone at the head of the table while mum consumed, like some sort of large mouse, her brown bread and tomato sandwich in the kitchen.

I am a man known for eccentricities, particularly pertaining to food, given as I am to forays into obscure ethnic dishes. On a simpler note however I now start my days very early with somewhat more robust fare than most might indulge in – a brown bread sandwich with two slices of tomato, partaken of not at the kitchen table, but while perusing Daily Beast at my computer desk. And even though I salt the tomato and add some Brie for diversity, I still feel, deep down inside, that I am sharing a little bit of Mum’s dinner.

Generously grease a 1-pint pudding basin with butter, then chill in the fridge for 4-5 minutes. When the basin is chilled, drizzle the golden syrup into the base of the basin. In a large mixing bowl, whisk together the flour, baking powder, eggs, brown sugar and butter until the batter is smooth and well combined. Spoon the cake batter into the pudding basin. Fold a large piece of aluminum foil in half and grease one side with butter. Wrap the pudding in the greased foil, greased side facing into the pudding. (Pleat the foil a few times as you wrap it to allow room for the pudding to expand.) Secure the foil to the rim of the pudding basin with string.

Place the wrapped pudding into a large steamer. (Alternatively, place the wrapped pudding into a large pan, pour in enough boiling water to reach halfway up the sides of the basin, then cover the pan with a lid.) Steam the pudding over a medium heat for 1 hour 30 minutes, or until cooked through, topping up the steamer with boiling water as necessary. (The pudding is cooked through when a skewer inserted into the centre comes out clean). To serve, turn the steamed pudding out into the center of a serving plate. Cut it into slices and drizzle over any remaining golden syrup, to taste. Serve with extra golden syrup and vanilla custard.