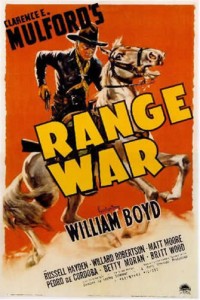 We’ve all heard stories of childhood picky eaters. I’m talking about your garden-variety type of dislikes driven by taste or texture or even color: Brussel sprouts, lima beans and quinoa which I bet is the latest to join the “no eat” list.  Actually, who wants to have a black sesame-sized grain stuck between their teeth? Usually, we grow out of these food phases or more often someone exposes us in the school cafeteria during our ego-delicate tween years.

But my own personal food bête noir (my dislike, not the other kind bête noir – a rich flourless chocolate cake) lasted well beyond my childhood. It finally came to a screeching halt in my “woman of a certain age” years. And mine wasn’t just any food triviality: it was fundamental, significant; it was a venerable matter of family pride. It was a result of “The Feud.”

I was born in the Arizona, and according to my new favorite information source, the “Find a Feud” section of www.legendsofamerica.com: “If the Old West wasn’t filled with violence enough — stemming from Indian raids, numerous outlaws, and the ever-present vigilantes trying to control them, then another common event was the frequent feuds, range wars… that created yet more bloodshed in the Wild West.” 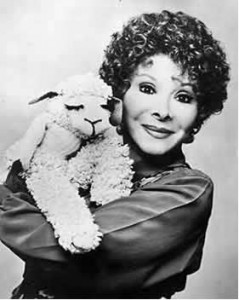 My father was a cattle rancher, and like all cattlemen, he hated sheep; they over-graze and ruin the land. He hated their meat, their wool, their little beady eyes, essentially everything about them. All things ovine were banned from our house. No lamb chops, no rack of lamb, no Shari Lewis’s Lambchop, no lanolin (remember Alberto-Culver VO-5? I don’t.)

Over the years, I never ate lamb, not even the tiniest of bites. That was fine with me because the only lamb dish I ever came in contact with was “panfry till arid, served with a glob of chemically derived mint jelly.”

But then, lamb kismet. About 2,200 miles away from where I grew up in Tucson, a young creative professional came to be the executive chef at The Oaks, a country club where my husband and I live in Southwest Florida. One glance at Chef William Ecker’s menu and I knew I had met a kindred spirit. As it turned out, he also grew up in Tucson graduating from the rival high school (quite a few years later than I.)

Chef William is that rare combination of wonderfully inventive yet incredibly accommodating chef that can only come from cooking for the demanding guests at top resorts and private clubs in the country. More important (to me), he loves to cook with chiles. He dials down the heat for the GERDS generation but for me, he fires up. I’m in heaven! 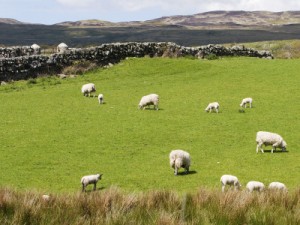 Back to the story of the lambs. Just as I was about to order “the usual,” hanger steak medium rare one evening, our waiter passed by with a dish so deeply redolent and richly textured that with one whiff I felt as if I were floating, hovering above it like a character in a cartoon, suspended solely by its aroma. I could identify each flavor, every spice: tomatillos, poblano, garlic, oregano, bay leaf. But there was something else, something foreign and unknown. I asked the waiter. It was, he said, “lamb.”

Forgive me, Dad, now in that great ranch in the sky, but I had to order it. It was finally time for this foodie to end the feud. Call me shallow but palate won over politics. Chef William has consented to share his recipe. Here is the dish that won over this cattle rancher’s girl.

Preheat oven to 325°. In large sauté pan heat the olive oil. Season the lamb shanks with salt and pepper. Coat the outside of the shanks with flour. Place the seasoned shanks in the heated oil in the sauté pan. Sear until browned on all sides. Remove the shanks and place in a roasting or braising pan.

Add onion and eggplant to the sauté pan. Sauté for two minutes.
Add garlic and tomatillos. Sauté another minute.
Deglaze pan with Tequila and Chardonnay, simmer 2 minutes and add
chicken stock, poblano, oregano and cilantro.
Pour the mixture over the Lamb Shanks.
Cover with foil and place in 325° oven.
Cook approximately 90 minutes until tender.
Once tender, place Lamb Shanks on serving dish.
Strain the sauce through medium sieve.
Pour over Shanks and serve.
Chef William suggests a Pinot Noir as a complement to the dish.