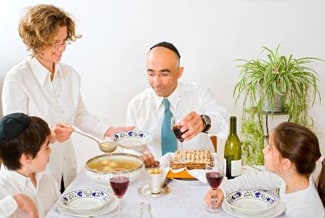 As a child, I have vivid memories of gefilta fish, cold borsht with chopped cucumbers and sour cream and egg salad on matzah. That was Passover along with a few canned macaroons and lots of PB and J on plain matzah. But my memories also include my wonderful little Nana, who stood not even five-feet tall but was a giant in my eyes. Every Passover morning – a full week – she labored over Passover pancakes, beating egg whites and whipping them gently to keep them fluffy as they would slide on the plate with cinnamon and sugar. A holiday delight and no matter how hard I try, mine are never quite the same as Nana’s. It’s time to start thinking about your April Passover menus.

Today there are websites and cookbooks galore to help jazz up kosher and Passover dishes. From seasonal cooking to healthy lifestyles, kosher cooking is mainstreaming into the kitchens of cooks from every walk of life. Followers of the Paleo diet, me included, tend to purchase kosher chickens, turkey and kosher meats because of the healthier way of butchering.

“Cooking Inspired” by Estee Kafna is a cookbook for those of all faiths but many of her chapters include some really fine Passover recipes. Contributors from around the country have shared their delicious recipes from egg salad with avocado to squash and pear soup on the Web site Kosher Scoop and that’s where a lot of the recipes in this book come from. The easy to read cookbook guide and symbols allow cooks to select seasonal recipes or all-year recipes along with recipes that are Passover friendly and gluten free. The book is nicely organized, full of tips and using it will definitely modernize and add culinary surprises to your Passover celebration this year. 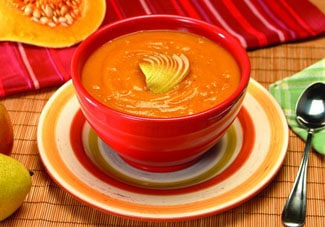 Melt the butter in 4 quart saucepan set over medium-high heat. Add the onions; cook for 5 minutes or until thyme begins to soften. Reduce the heat to medium. Add squash and pears; cook for 10 minutes. Watch to make sure that the mixture doesn’t burn. Add ¼ cup water if needed.

Pour in enough of the stock to  just cover the vegetables and fruit. Add the thyme, sugar, nutmeg and cinnamon. Bring to a simmer. Cook for 15 to 18 minutes or until the squash is fork tender. Using an immersion blender;

Slice ginger in half and cut into long thin strips. Heat a frying pan with 1 inch of oil and add the ginger. Fry just until golden; remove with a slotted spoon. Place on paper towel to absorb excess oil. 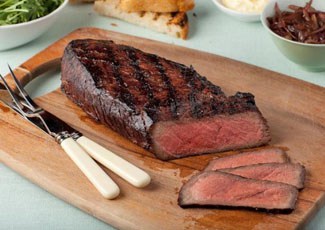 1 eye of London Broil (1 ½ pounds – if you are fortunate enough to live in the Boston area use  John Dewar’s meats, best London broil!)

Heat 2 tablespoons of the oil in a large non-stick skillet set over medium- high heat. Add the onions and cook, stirring occasionally, for 15 to 20 minutes or until tender. Stir in the vinegar, wine, brown sugar and ½ tsp. salt. Reduce the heat and simmer 5 minutes. Spoon the red onion marmalade into a small bowl and keep warm. (Marmalade can be refrigerated for up to 3 days.)

Wash the skillet and wipe dry. Sprinkle the meat with the remaining kosher salt and fresh ground pepper. Heat the remaining 1 tablespoon of oil in the skillet set over medium-high heat. Add the steak and cook 6-8 minutes per side for medium-rare. Slice steak and serve with red onion marmalade. 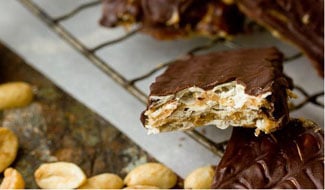 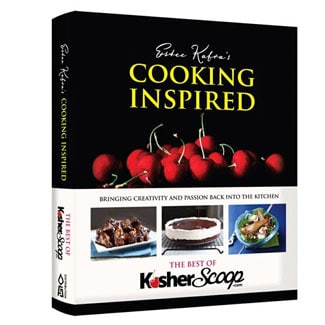 Preheat the oven to 350 degrees. Grease the bottom and sides of 13 x 9 inch pan. Line with parchment paper. Allowing for an overhang. Grease the sides and top of the parchment.

Beat together the sugar, oil and egg in the bowl with an electric mixer fitted with the paddle attachment on medium speed until fully combined. Add the ground almonds and potato starch and mix well. Knead in the nuts and dried fruit until distributed throughout the dough.

Press the mixture into the prepared pan as evenly as possible. Bake in the center of the oven for 30 minutes or until the edges start to brown. Remove the pan to a rack to cool. Lift out the pan and slice into squares or rectangles.