Internationally acclaimed Chef Thomas Keller observed that “a recipe has no soul. When you acknowledge, as you must, that there is no such thing as perfect food, only the idea of it, then the real purpose of striving toward perfection becomes clear: to make people happy, that is what cooking is all about.” These are recipes deeply rooted in happiness, covering some of the best from Tennessee, Georgia and the Sunshine State.

In 1794, Captain John Dillard was awarded a land grant of 1000 acres in this beautiful Georgia valley for his service under George Washington during the American Revolution. Legend says that Captain Dillard made peace with the local Cherokee Indians by trading a muzzle-loading rifle, a jug of apple brandy, one coonskin cap and $3 cash for all the land between the two mountain tops. The Dillard House, a heritage Inn, serves Southern food to thousands each year, including U.S. Presidents, Hollywood stars, hungry tourists and even journalists.

Melt butter in the skillet over medium heat. Stir in corn then add salt, pepper and sugar. Simmer the corn until it thickens. Stir in heavy cream and simmer on low heat for 10 minutes. Serve and enjoy.

The charming village of Cedar Key is located off the beaten path on the west coast of Florida. A popular waterfront destination, Cedar Key attracts vacationers who appreciate its unspoiled, hospitable, and laid-back environment. This is Old Florida at its best with no high-rise condos or big chains. Cedar Key is known for its natural beauty, magnificent sunsets, excellent fishing, boating, and kayaking. The town also has several museums, art galleries, shops, and seafood restaurants. 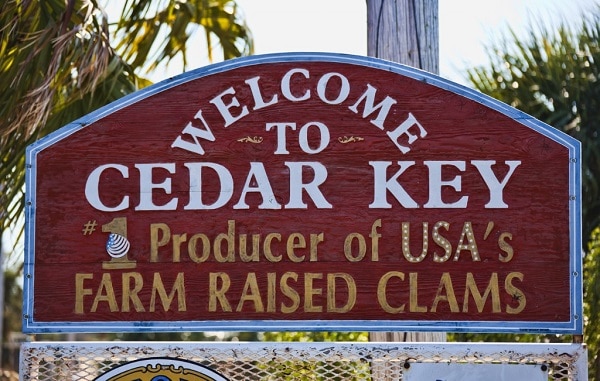 Cedar Key has a year-round population of fewer than 1000 people and its primary industry is clam farming. Capt. Tommy Thompson, a Florida outdoor sports legend, shared his delicious recipe. “When it comes to clam chowder, mine’s good,” the Captain advises, adding that he is “the first to admit that the chowder at Tony’s in Cedar Key is number one.”

In a large pot, cook bacon until crisp. Then add onion and continue cooking until transparent. Add water, potatoes, salt and pepper. Bring to a boil, reduce heat and simmer until potatoes are tender. Add half-and-half, butter and chopped clams (with the liquor) and continue to cook over low heat for about 5 minutes. Serves 8.

Milk-and-potato based chowder is generally termed “New England style,” while tomato-based chowder is called “Manhattan style.” The recipe for the less hearty, red Manhattan chowder involves adding finely chopped carrots and celery to the onion and bacon mix, using fewer potatoes and substituting crushed tomatoes and white wine for the half-and-half and butter. The clams are the same in both—and both are worthy of a fine meal.

Now retired, Judge Harris earned a reputation as a highly respected jurist and model civic leader. His love of good food mirrors a devotion to his state. Enjoy his with a bottle of Albariño, a delicious white wine from Spain.

** Because of the expense of saffron, we substitute a brand of “yellow” rice that has saffron in it

[author] [author_image timthumb=’on’]https://www.mycookingmagazine.com/aboutdoclawrence.jpg[/author_image] [author_info] Old school journalism describes the style and stories produced by Doc Lawrence. “In everything I do,” he says, “there is a beginning, middle and an end.” One of the top travel writers in the country, Doc is steeped in the heritage of the deep south. Traveling the back roads from Texas to Virginia and on down to Key West inspires stories about local food and wine preferences, community theater, folk art and music often leading to clues for a good story. Heroes include Faulkner, Hemingway, Marjorie Kinnan Rawlings, Ralph Ellison, Dorothy Parker and Willie Morris. An Atlanta native, Doc keeps a well-stocked wine cellar and bar and two outdoor grills. He enjoys entertaining and believes that the greatest challenge for a writer is to keep searching for a higher life. www.thegourmethighway.com | doclawrence@mindspring.com [/author_info] [/author]