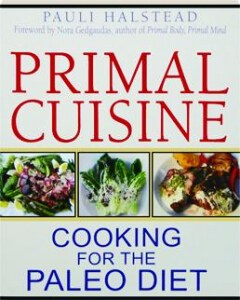 Paleo is gaining enormous traction both as a fad weight-loss diet and as a lifestyle regime based on highly selective shopping and extremely restrictive eating. There are numerous Web sites and cookbooks devoted to this lifestyle which centers on a daily diet that seeks to imitate the eating habits of our ancestors who first came onto the scene some two million years ago. Our Paleolithic relatives (historically important for their tools of stone) were hunters and gatherers and they ate the meat and fish they could crudely catch and kill along with the fruits, vegetables berries and insects that they could forage. Modern-day Paleos believe that humans in developed societies are at risk from grains (all of them but especially wheat), sugar, processed foods, chemical additives, pesticides, hormones, antibodies and genetically altered organisms. Modern Paleos seek to simplify and purify in a world that makes it difficult. A new cookbook helps show the way as it offers spiritual encouragement.

The author of Primal Cuisine: Cooking for the Paleo Diet is Pauli Halstead and she both explains the theory behind the diet and guides a novice Paleo in clearing out your present kitchen, stocking a new pantry and cooking some of the recipes in the book such as Homemade Almond Milk, Poached Duck Eggs with Spinach, Curried Onion and Ginger Soup, Mexican Cole Slaw, Fish Tacos, or Meatloaf with Mashed Cauliflower. (Mashed cauliflower is taking the place of traditional mashed potatoes on a lot of restaurant menus lately).

Halstead is an experienced chef who owned a successful restaurant in San Francisco and a catering company in Napa Valley. She embraced Paleo principles after reading Nora Gedgaudas’s Primal Body, Primal Mind and  came to the personal realization that “We are eating foods that no longer contain the nutrients necessary for sustaining life and health.” Her mission became to teach others to get back to basics and eat like the cavemen and women did during the Paleolithic time period. This might be a good time to mention that the average lifespan of the Paleolithic person was 33. That not withstanding, Halstead believes that “Many of the diseases affecting Americans today can be cured or greatly alleviated by a change in diet.” 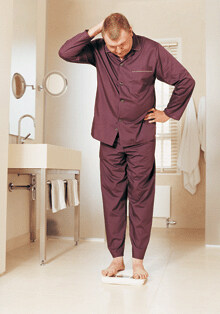 Some people adopt the Paleo diet as a lifestyle aimed at better health for themselves and for the planet. Others want to lose weight. You can lose weight with a Paleo diet because you’re eating mostly protein and eliminating carbohydrates and sugar. If you decide to adopt the Paleo diet, this cookbook is a practical place to start. But, be warned, initially the Paleo diet is an expensive proposition. The list of what you need to stock your pantry is long. The places you have to shop to find produce, meats, seafood , fruits and vegetables (as well as condiments) that meet Paleo standards have names such as Whole Foods, Fresh Market and Trader Joe’s. Proximity to a farmers’ market is blessing and if you can find a source for eggs that come from ducks and chicken that have roamed free and not been fed grain, you’ll really be in luck with this diet. Additionally, you’ll have to disentangle grains and all processed grain products from your life and find substitutes. It can be expensive and initially frustrating especially when cooking a meal. Here’s a recipe from Pauli Halstead’s book for inspiration if you’re considering going Paleo. 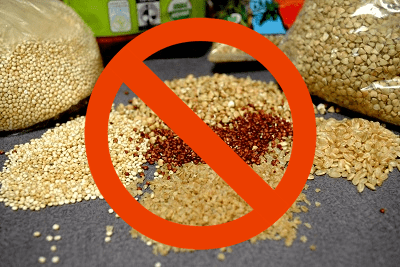 Preheat oven to 350 degrees. For the meat loaf: In a large bowl combine the cream, beaten egg, salt and pepper, dry mustard, balsamic vinegar and finely chopped almonds. Let the mixture stand for about 5 minutes and then add the ground beef, mushrooms and onion. Mix to incorporate all ingredients. In a 9×13-inch glass baking dish, shape the meat mixture into a loaf, placing the hard boiled eggs in the center. Bake.

For the glaze: After one hour of baking, mix the glaze ingredients and brush on the meat loaf. Return to the oven for about 10 minutes. Cool meat loaf for about 5 minutes and then slice the portions to reveal the cross section of eggs. Place the meat loaf on dinner plates. Pass the cauliflower “mashed potatoes” and serve with a tossed salad. 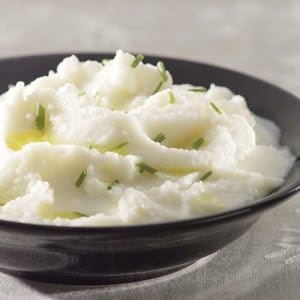 1 ½ to 2 pounds organic cauliflower, trimmed and cut into small pieces

2 to 3 tablespoons pastured butter or ghee

3 to 4 tablespoons pastured cream or goat’s milk, for consistency

Place the cauliflower in a steamer and cook until tender. Transfer the steamed cauliflower to a food processor and pulse. Add the butter or ghee and a few tablespoons of cream and process the mixture until smooth. If you are using the goat cheese, add it with the cream and ghee. Finish with salt and pepper to taste. Serve hot.