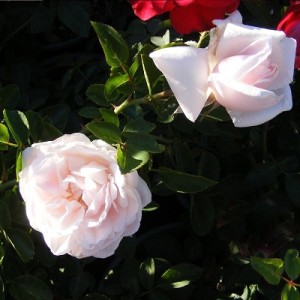 My Grandma, Bertha Nye Philips, was born in North Montpelier, Vermont in 1874. Her daddy owned (then) the oldest continuously run General Store in the USA , which kept on running into the late 1940s. So my great-grand-daddy was a Town Father. He had a marble bathtub, a red one. Among the Nyes’ other “prized things” was a blush-cream-pink, climbing rose, and it’s the background in many family photos.

When Grandma married wandering Grandpa Philips, and was dragged south to hell-on-earth Connecticut, a cutting of that rose plant went with her. After three more moves the hallowed (by then called a “Peace”) rose, ended up in my childhood backyard. It was a monster climber. One year it ate the back of our garage.

Then disillusionment! Turns out the actual “Peace rose” is a tea rose, purportedly developed by a French horticulturist in the mid-1930s and whisked out just before WWII started. Who knows where the Nye-Philips monster rose came from? Poof! So much for my horticultural heritage. That disillusionment is probably why unconsciously I’ve killed several roses bushes.

In memory of those dearly departed plants, I consulted Clive Rhodes, an eminent British roseologist, for his expert advice on properly planting roses. Paraphrased into “American,” here is his wisdom for you who are thinking it’s about time you planted a rose garden. 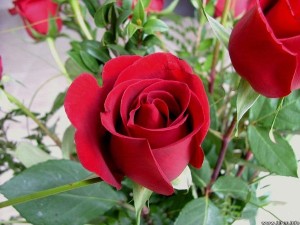 Bare root into the garden. Soak plant in water for a couple of hours. Dig your hole leaving 3” of space all around. Mix in a little bone-meal with the dirt you removed. (You can also spike it up a notch with compost, my cure for everything lethargic.)

Build a little mountain in the bottom center of your hole with this blend, set the knobby graft- union level with finished garden soil, spread roots done the sides like lava and then backfill with the bone-meal/dirt combo. You want the graft union to drop an inch below finished soil level when plant settles in.

Note: My fixation to bury the graft-union was formed in the cold lands of my youth to keep it from freeze/thawing. No freeze? Then it’s OK to keep the graft-union level or up a bit.

From nursery pot into the garden.  Dig the hole 3” wider all round and and an inch underneath. Loosen the roots a bit. Here also you have the option concerning where the graft-union ends up. Then fill back around with the bone-meal/soil mix. If you’re still not using compost, there will be a letter of criticism to follow. You know who you are. 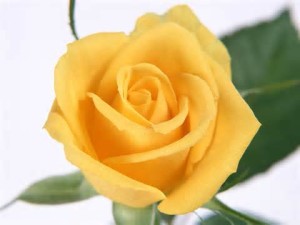 Potted: Read above for how-to-plant. But first, in goes 2” of gravel and make sure the container has drains. Roses can’t either drown or dry out. Ah, conundrums. In containers most soils (excepting saline and alkali) which are slightly acidic to neutral (5.5 to 7.0) are fine. You can use sandy to clay, but clay loam (well sifted), and blended with your finest compost is best. Organic fertilizer preferred. And repot every 3 years!

Most roses need six hours of sunlight. Partial light shade is OK in hot zones (9,10). Roses are heavy feeders so use good soil,compost and fertilize every six weeks during blooming season Stop feeding six weeks before frost but keep watering. If you live where there’s no frost, keep watering but just hold off on enrichment until early spring.

Water weekly. To ward off fungal diseases (black spot/ powdery mildew) don’t crowd plants. Prune right after blooming and you’ll get an encore. Roses don’t have nectar. They rely on color and aroma to attract pollinating insects and husbands who forget anniversaries.

The American Rose Society and World Federation of Roses state that there are 35 different kinds of roses and they are in three main categories:

* Species/Botanic, (a.k.a. wild roses), from which all others are derived. 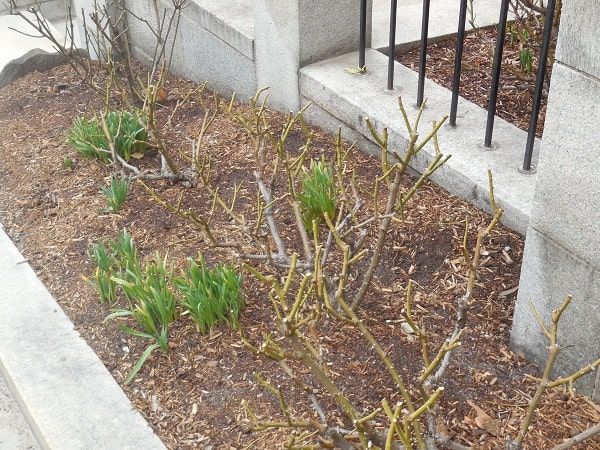 Today, Columbia and Ecuador account for probably 90% of the cut roses sold. Fossil evidence says roses are 35 million years old. Unlike dinosaurs, not extinct yet. No one knows where the first cultivated rose came from but it wasn’t Walmart. Egyptian palaces had roses in 3,000 BC. A rose by any other name wasn’t a pyramid. 5,000 years ago roses were found in China.

Romans made wine from roses, hence the fall of the Roman Empire and the whacky Emperor Nero loved to dump rose petals over his dinner guests. So much for showering before dinner. Greek legend claims that Eros, Cupid to you, was sniffing a rose and was bee-stung. In high dudgeon he shot the plant with arrows. Ergo, thorns! Do not mess with Cupid.

Lastly, the War Of The Roses, 1422: Two English houses fought to gain the throne. York Edward IV (white) vs. Lancaster Henry VI (red coat of arms). Back and forth battles but in 1471 Ed won and Hank died in the Tower of London. Work this into any garden club meeting. It’ll give you gravitas.

7 thoughts on “Stop and Smell the Roses”