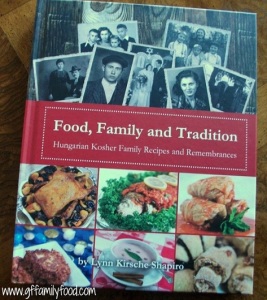 We live in an age where anybody with a computer or cell phone can access a recipe at the office while on a coffee break or during cool down at the gym, shop for ingredients on the way home and cook that new dish for dinner. Where does the traditional cookbook fit into this modern scenario?

Cookbook authors and publishers are trying to figure it out, just as potential buyers are deciding whether or not to stop buying cookbooks. One solution has been to change the format to make a cookbook more of a novel, biography, autobiography, social or cultural history or travel story. And, by the way, there are recipes included. Taking that to an extreme, I’ve noticed that some of the best (and most used) recipes in my collection have come from the mystery books written by Diane Mott Davidson. Her heroine, the caterer Goldy Bear Schulz, solves the crime, drives the car pool, bakes the cookies. Recipes at the end of each chapter. What a multi-tasking detective-cook.

The best-selling cookbooks today are about story-telling. We consumers pick our cookbooks on the basis of whether or not we’re interested in the history of Moroccan home cooking as told by an innkeeper’s daughter or Jamie Oliver’s journey to celebrity chef status, or learning the secrets of how Martha Stewart celebrates the holidays, or amassing greatest hits from the Food Network with biographies along with the 10 things you’ll always find in a TV chef’s pantry. As if we could ever know for sure. Narrative fuels our interest and keeps us reading. The recipes come later.

Some of these new story-telling cookbooks are aimed at a pretty narrow niche in the market, but since we’re a big and wide world, that still means a lot of potential cookbook sales. Especially if the book resonates with Oprah or the ladies of The View or The Chew.

One story-cookbook that I’m reading now is Food, Family and Tradition, by Lynn Kirsche Shapiro. The recipes are Hungarian Kosher and the story is a personal history of her family from days growing up in Hungary, through the Holocaust and then to Chicago where a branch of this Hungarian-Czech family settled after World War II and where heirs subsequently opened a store called Hungarian Kosher Foods in 1973. Sandor and Margit Kirsche’s specialty emporium became the largest all-kosher supermarket in the Midwest. It’s their daughter Lynn who is the author of this book. 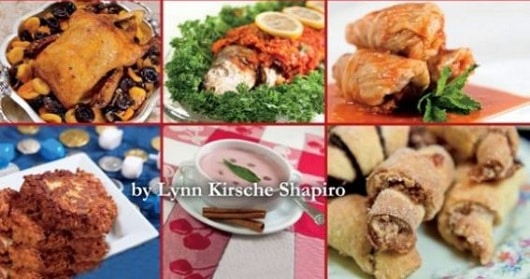 “After I started putting this book together, I understood that my family’s recipes and history were part of a larger world: the traditional Jewish life in Czechoslovakia and Hungary before the Holocaust,” the author explains. “Many books have been written to educate, to bear witness to the events and atrocities of the Holocaust. My book also attempts to give a picture of the richness of Jewish life in Eastern Europe prior to the Holocaust.”

Shapiro’s book is divided into two sections, the first is a detailed family history replete with photos, diagrams, handwritten letters, maps, etc.  The second part contains 150 recipes with preparation methods updated for the contemporary kitchen. But each recipe comes with a short story about its origins and how a certain member of the family claimed the dish as his or her own, thus establishing “the” way to make it. Tradition.

I am neither Jewish nor of Hungarian heritage, but I can’t put this book down. It’s a history lesson, a compelling family saga and a traditional cookbook with recipes I want to try. Here are a few for you to experiment with until you buy the book.

“My cousin, Ibi learned to make these pancakes from her mother, Goldie. The cheese used is farmer’s cheese; her mother’s was homemade…Serve with fresh jam or sour cream.” Lynn Kirsche Shapiro.

Vegetable oil or butter as needed

4 tablespoons sugar (all white or 2 white and 2 brown)

In a medium bowl combine cheese, egg, vanilla, salt, sugar, flour and cinnamon. Using a large sturdy spoon mix until well blended. Gently fold in apples. Cover and refrigerate for at least 30 minutes. Remove mixture from refrigerator, scoop out ¼ cupful and form with your hands into round patties, two inches in diameter and about ½ inch thick. Heat a 12-inch nonstick skillet lightly sprayed with nonstick cooking spray over medium heat until hot. Sauté patties in batches, without crowding pan, one one side until browned. Turn once and sauté until golden on the other side.

“Schnitzel is authentically European, whether veal or chicken. My mother’s chicken schnitzel is special. She debones her own white meat from the chicken and pounds it paper thin.”  Lynn Kirsche Shapiro.

Vegetable oil for frying, as needed

Slice each chicken breast in half horizontally. Cover each piece with plastic wrap. Using a meat mallet or rolling pin, pound chicken breasts to an even thickness of ¼ inch. Some tears are okay; even thickness is the most important step. Place flour and seasonings in a shallow bowl stir to mix. Place egg and crumbs in two additional separate shallow bowls. Dip each chicken piece first in flour, then egg and then the crumb mixture. Transfer to a tray or plate and repeat until all chicken is breaded. in a 12-inch skillet over medium-high heat, heat oil as needed. Fry schnitzel on each side, in batches, turning once, until golden brown and cooked through, about 5 minutes for each side. Sere immediately or transfer to a parchment-lined baking pan and keep warm in a 250-degree oven. Serve with vegetables and either potatoes or rice.

Combine all ingredients in a small bowl and whisk to mix well. Transfer to a glass jar with a tight-fitting lid. Store in a cool, dark place.

“Although my mother learned to cook Gulyas as a young girl in Hungary, her family was not able to cook or eat the dish, or in fact, any beef from 1942 until after the Holocaust. During the last years before my parents were taken to the Ghetto and to Auschwitz, the Nazis declared it illegal to “shecht” (ritual kosher slaughter) beef because they, ironically, considered ritual slaughter of animals cruel. However, my mother remembers cooking this recipe in Freising, Germany after the Holocaust. Non-kosher Hungarian goulash calls for sour cream; however we do not mix meat and dairy.”  Lynn Kirsche Shapiro.

Film the bottom of an 8-quart pot with oil. Add the beef, onions, garlic, paprika and pepper. Sauté, on low, stirring frequently, until the meat is

browned, than cover and cook on low, stirring often, until the liquid from the beef and onion s has mostly evaporated, about 1 hour. If the liquid has not sufficiently evaporated at the end of cooking, uncover and cook until ½-inch of liquid remains. After the liquid has evaporated, add flour and stir. Cook to brown, stirring about 10 minutes, being careful not to burn. Add enough water to cover the meat, stirring until smooth. Add the potatoes and salt. Add carrots and mushrooms if using. Bring to a boil. Cover, decrease heat to low and simmer until potatoes are cooked an meat is tender, about 30-45 minutes. Serve ladled into large bowls and accompany with fresh bread.