So, a chicken, a duck, and a turkey walk into a bar…okay, that’s not the way it happened. But who was the first to dream of stuffing a turkey with a duck that had been stuffed with a chicken? There are competing claims, but they all are based in Louisiana. The late Chef Paul Prudhomme claims to have invented this unusual and complicated production. He even trademarked the name in 1986 and it was on the menu in his restaurant – K-Paul’s- right around Thanksgiving and Christmas.

However, if you travel to Maurice, Louisiana, and talk to Hebert (pronounced ay-BEAR) of Hebert’s Specialty Meats, he will tell you a different story. As he remembers it, one day in 1984 an older man came in the shop with three birds – you guessed it, a chicken, a duck, and a turkey! – and asked if Hebert’s father could debone them and put them all together. He thought it was an unusual request but “just did it”.

Yet another story is that the unnamed owner of Corrine Dunbar’s, a Creole restaurant in New Orleans, would on occasion prepare a dish using nine different birds including snipe, pheasant, and quail with a cherry almond stuffing around each bird. And in the Middle Ages, stuffing one animal into another, called engastration, was a popular way to display one’s wealth. The most famous dish was made for a royal feast in 1807 with 17 different birds!

If you’re feeding a crowd over the holidays, you may want to order – weeks in advance!)- a turducken from Hebert’s or one of several Louisiana-based butchers who specialize in this concoction. You can choose from a wide variety of stuffing including seafood, Cajun pork or the traditional cornbread. Prices range anywhere from $89 to $159. A large turducken feeds up to 20 people, making it a relative bargain!

Our advice: Do NOT try this at home. Deboning fowl is an art and the most important tool is a very sharp knife…need we say more?

So YES, regardless of who invented this culinary delight, It Is Worth It! 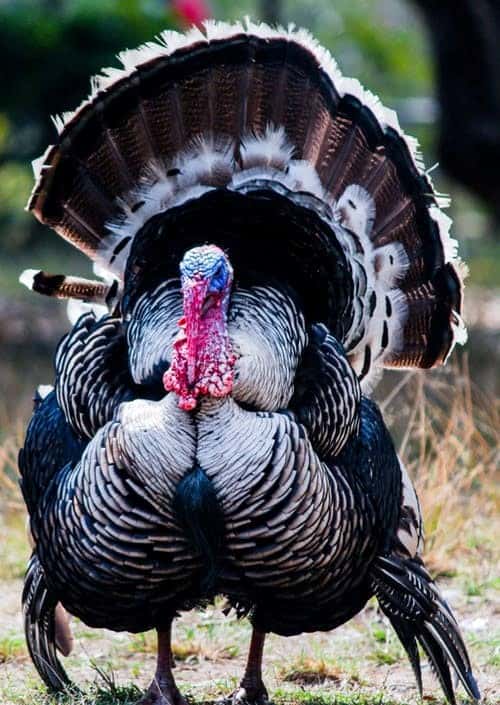 Lori Rodgers – Lori’s passion for food and fine dining began at an early age. She started reading Gourmet at 8, and was fortunate to have a father who included her in his travels to cites across the US, often frequenting restaurants she had read about in the magazine. After studying hotel and restaurant management at FSU for two years and thoroughly enjoying the summer program in Switzerland, she graduated with a degree in International Business with a minor in Spanish. Lori owned and operated the family business, Bert Rodgers Schools of Real Estate for 25 years, indulging her cooking hobby by whipping up meals for family and friends on the weekends. She has two teenagers who have adopted a vegan lifestyle, adding a new challenge to Lori’s cooking repertoire. Lori recently sold the business and is embarking on a new chapter and new career, returning to her true calling, cooking and exploring the multifaceted world of food!