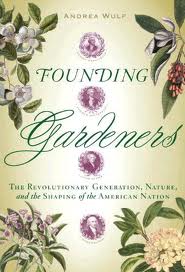 The richly crafted new book – Founding Gardeners, The Revolutionary Generation, Nature, and the Shaping of the American Nation – written by Andrea Wulf, tells the story of the founding of America through the language of the farmer. The land becomes her metaphor for the young country. Wulf chooses patriarchs George Washington, Thomas Jefferson, John Adams and James Madison to impart her thesis that the  “… founding fathers’ passion for nature, plants, garden and agriculture is woven deeply into the fabric of America and aligned with their political thought, both reflecting and influencing it.”   To Wulf  “…  it’s impossible to understand the making of America without looking at the founding fathers as farmers and gardeners.”

Each man was firm in his conviction that through agriculture and husbandry the nation would grow strong, free and democratic.  These founding fathers believed that the North American continent was unique in its bounty which set the country apart and above the rest of the western world. These statesmen translated their political philosophy into the landscape design of their gardens, farms and plantations, and, nature, in turn, deeply shaped their politics. 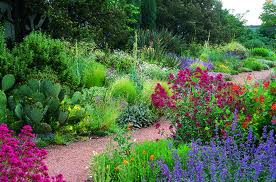 Washington, after leading the nation to victory against the British, envisioned “ … an agrarian society …  where ‘… our Swords and Spears have given place to the plough share and pruning hook’ ”.   After the war he transformed the grounds of Mount Vernon into the “landscape garden of a revolutionary.”  His beloved home on 8,000 acres faced west toward the future turning away from Europe and the past. Jefferson, Adams and Madison had worked and traveled extensively in Europe, especially in Great Britain, and realized that the finest gardens there were populated with North American plants. These men returned home determined to continue their studies of the flora and fauna of their country and champion the virtues of the land through modern agriculture and “republican” political beliefs based on their assumption of the purity of agrarian life.

They also agreed with the nationalistic sentiments of Benjamin Franklin and  planted only American trees on their lands. “The balance of nature … was a model from which a people could learn”,  insisted Adams.  Each adhered to this philosophy convinced that the natural world was the perfect template for the governance of the country. And, each returned to the land in peace at the end of their political lives. 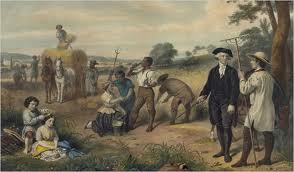 I approached Andrea Wulf’s 2011 book with much anticipation. An art historian, she has written two well received books examining the impact that botany and nature have had on historical events and culture:  This Other Eden: Seven Great Gardens and 300 Years of English History,(2005) and, The Brother Gardeners, Botany, Empire , and the Birth of an Obsession, (2009) about John and William Bartram, America’s great botanist explorers. As her titles attest, she enjoys tackling the “grand” subject. And grand it is … from the revolt against The Stamp Act in 1765, to the death of Thomas Jefferson in 1836, Wulf makes her thesis ring true through the sheer force of her intellect and research. Over an hundred pages of reference notes, bibliography and illustrations add to the heft of her argument.

Founding Gardeners is a history book first and foremost. Little actual gardening advice is found here and landscaping details are often limited to the role they play in the current of events. The history buff should find much to deepen an understanding of early American politics. The gardener and environmentalist will be fascinated by the portrait of the American wilderness and the men who shaped it and used it to shape our nation.

(Founding Gardeners, The Revolutionary Generation, Nature, and the Shaping of the American Nation by Andrea Wulf, $30.)