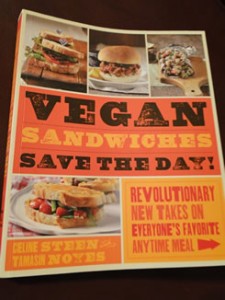 There are approximately 7,500,000 vegans in America and they’re probably the only ones who can pronounce correctly what they are. So, for the rest of us here it is: VEE-gun.

A vegan follows a vegetarian diet but also excludes eggs, dairy products and all other animal-derived ingredients. Many vegans omit foods that are processed using animal products. Vegans who extend their dietary choices into their general way of living – they are lifestyle vegans – avoid health and beauty products tested on animals and they reject leather, fur and wool. I’ve known vegans who disdain honey because it exploits the bees. But, that’s pretty extreme.

Veganism in America has a rising profile lately due to testimonials from celebrities and high-profile people such as former president Bill Clinton (who is a vegan for heart-health reasons), Ellen Degeneres, Russell Brand, k.d.lang, Alanis Morisette, Angela Davis and 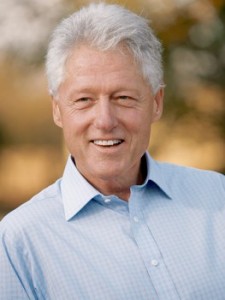 The word vegan was coined in 1944 in England by Donald Watson, one of the founders of the Vegan Society. He meant it to signify a “non-dairy vegetarian.”  Many vegan societies around the world have expanded the concept to include violence against living things. In America, lifestyle vegans oppose big commercial factory farms for their inhumane treatment of animals raised for slaughter.

Vegans who want to eat out are better off living in cities such as Portland, Oregon or Seattle, Washington, or San Francisco because that’s where the heaviest concentration of vegetarian restaurants that incorporate vegan dishes into their menus thrive in great numbers. Other dedicated vegans rely on specialty grocers that stock products and ingredients they need to make nutritious and delicious meals at home. 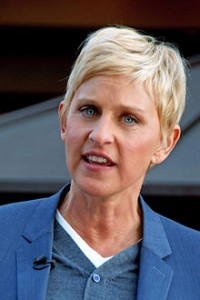 Vegan cookbooks are becoming more mainstream and there’s a brand new one on the market that’s both useful and delivers recipes that will tempt vegans as well as non-vegetarian eaters they invite home for a meal. It’s called Vegan Sandwiches Save The Day by Celine Steen and Tamasin Noyes. Both women are experienced authors and authorities on vegetarian and vegan cookery. And, they eat what they preach. Their book is full of color photographs of vegan preparations and their recipes are easy to follow. The book is divided into breakfast, entree and dessert offerings. And although the book title emphasizes sandwiches, the authors define a sandwich quite broadly.

Some of their sandwiches are really whole-meals on placed on something like bread. In this book bread can be anything from puff pastry to soy wraps to a baguette, bagel or pita pocket. The recipes have an international flair using fillings and spreads such as hummus, quinoa, Asian noodles, curried lentils, or a spicy Jamaican melange. The recipes range from everyday family food to picnic fare to party dishes.

None of the recipes is complicated, but to save on frustration it’s essential to stock your pantry with certain ingredients that are called for in most of the recipes in this book. Before you cook from this book, be sure you have: canned chickpeas, cashews, tofu, nondairy milk and nondairy butter, maca powder, liquid smoke, nutritional yeast, miso, seitan, tamari, tempeh, vegan wine, ume plum vinegar, canned jackfruit, instant yeast and soy wraps. You can buy some these ingredients at most health food stores, gourmet markets or Asian groceries. You’ll have to shop more than one place to find everything. Or you can use the Internet and go to www.vegansociety.com where you can access an online grocery store that can send you everything you need.

A commitment to a vegan diet for either ethical and health reasons is not an easy one and the American restaurant scene doesn’t offer much help. But, books like this one by Steen and Noyes and a variety of Web site support groups are making it easier for eaters looking for a different way of life. Here’s a recipe from the book. Go shopping for ingredients first.

4 slightly stale crusty bread rolls about 4-inches wide, cut in half
To make the sauce,  combine all the ingredients in a blender. Blend until smooth. Place in a microwave-safe bowl and heat for 4 minutes, until thickened. Alternatively, cook in a saucepan over medium-high heat until thickened, about 4 minutes, whisking constantly. Remove from heat. To assemble the sandwiches, preheat the over to 375-degrees. Line a baking sheet with parchment or a silicone baking mat. Spread no more than ¼ cup sauce on top of each roll half. Bake for 20 minutes or until the sauce is set and golden brown on top. Let cool for about 10 minutes before eating. Any leftover sauce will keep in an airtight container in the fridge for up to 4 days.