Stuffing or dressing, the age-old holiday quandary. One line of thought is stuffing is cooked inside the turkey or bird of choice while dressing is baked in a separate pan. There are also regional influences; northern natives lean toward the term “stuffing” and southern folks usually refer to it as “dressing”. As far as we’re concerned, you can call it anything you like, just make sure it’s on the menu! This recipe is festive and will please your vegetarian guests. For a vegan version, simply swap the traditional butter with a non-dairy brand such as Miyoko’s Creamery, a coconut oil and cashew-based creamy treat that rivals its dairy cousin. 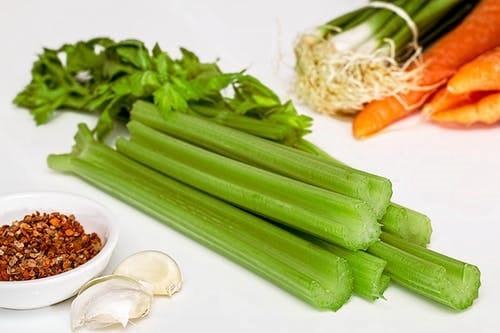 Preheat oven to 300 degrees F. Spread cubed bread on two baking sheets and toast in oven for 25-30 minutes or until lightly browned. Remove and allow to cool.

Melt butter in a large skillet over medium low heat. Add celery and shallots and sauté until softened, about 10 minutes. Add white wine and cranberries, bring to low boil until the wine mostly evaporated and the cranberries begin to plump up. Add fresh herbs, stir and remove from heat.

In a large bowl add bread cubes, vegetable mixture, and 2 cups of vegetable broth. Stir until well combined. Add salt and pepper. If the mixture is dry, add additional broth ¼ cup at a time. Mixture should be moist but there should not be any liquid in bottom of bowl.

Let stuffing sit for 10 minutes while buttering a 9 x 13 pan. Spoon the stuffing into dish, cover with foil and bake for 40 minutes. Remove foil and increase heat to 425 degrees F. Bake another 15-20 minutes, watching for the top crust to brown evenly.

Lori Rodgers – Lori’s passion for food and fine dining began at an early age. She started reading Gourmet at 8, and was fortunate to have a father who included her in his travels to cites across the US, often frequenting restaurants she had read about in the magazine. After studying hotel and restaurant management at FSU for two years and thoroughly enjoying the summer program in Switzerland, she graduated with a degree in International Business with a minor in Spanish. Lori owned and operated the family business, Bert Rodgers Schools of Real Estate for 25 years, indulging her cooking hobby by whipping up meals for family and friends on the weekends. She has two teenagers who have adopted a vegan lifestyle, adding a new challenge to Lori’s cooking repertoire. Lori recently sold the business and is embarking on a new chapter and new career, returning to her true calling, cooking and exploring the multifaceted world of food!