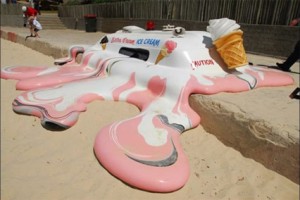 It has been a hot summer, one which takes me back the happy sound of the ice cream truck and non-air-conditioned hot olde days. And then on to home improving generally – because sometimes remodeling experiences can try even a Good Humor man.

My first New England house came with a forced hot air heating system so it was fairly easy to add air-conditioning. The next house was two stories with a hot-water heating system. Not so easy to retro-fit those ducts in, but so worth losing some back closet space when August arrived. Neither were DIY jobs. Since duct tape is not just for your mother-in-law, we needed a Professional. 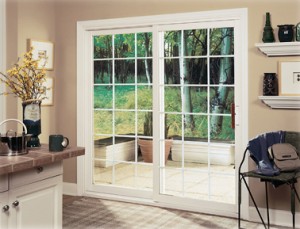 And then came the decks and fully insulated sliding doors to access them and new windows and the new kitchen and on and on. Sometimes done by me, sometimes by someone who knew what they were doing. At each house, where we wanted to stay at the time, it was worth the expense to do the upgrades. And they gained an increased resale price, as we always skipped gold-plated towel racks.

The NAHB (National Association of Home Builders) stats say the average bear stays in their first house for 11 years and move-up owners last for 14 years. So, in these years following the real-estate apocalypse, what’s going on now in the world of moving out and on? Is there action in upgrading and remodeling? 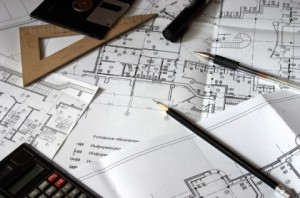 Time to call my remodeling guru, who’s known me too long to lie except about my wit and grace, to see how goes the remodeling business these days. Gerry Gingras owns Crown Colony Construction in Wethersfield Connecticut. For years, Gerry has been in new home construction but, since the last few years for home builders have been “interesting,” he now focuses on remodeling. Knowing both businesses is a plus for his clients.

Says he, inconsiderately juggling me with paying customer calls on his other phone, “It’s very positive today, as opposed to two years ago when the economy was shrinking people’s savings, 401k’s, and job-loss fears were rampant.” Gerry estimates that in his market (the greater Hartford area), house values have dropped 15% and new home prices are up 15%. That 30% spread, (note how quick I am with numbers), causes people to think twice about moving.

Guessing that those NAHB moving-along figures may be trending longer.

So here guru Gerry, sheds the truth and light on who’s doing what. “It’s rarer for a couple with kid(s) and facing a college bill(s), to be calling us but not impossible. Sometimes we get a 25-year-old who just patented an air-fueled, world-altering widget. However our most frequent clients are somewhere between 50 and 60 years old, with their kids (they hope!) going, going, gone.”

This fact concurs with current thinking about aging in place. The clients are probably happy with their neighborhood but tired of some dated areas of their house. Bingo! Kitchens and baths get dated and/or tired first, so these areas are the majority of his current contracts. And due to CC’s ability to build entire houses, additions of any size are no problem. Plus, being GAF Shingles Certified, they can handle roofing. Plus they also can do HVAC (heat/cooling).  A company for all seasons. Leonardo DaGerry.

Gerry estimates that 80% of clients arrive with some idea of what they’d like the final result to look like. Magazine photos are a good start. Hiking through model homes helps. And those endless seductive television programs about a pair of 27-year-olds, with  anonymous incomes, buying in Barbados DO have some inspiration too…. if only to marry old money next time.

So says SVP, remember that no idea is crazy, only possibly crazy expensive. But be brave and start bold as you probably won’t be doing this again. More on renovating and retrofitting next month.

9 thoughts on “Who Renovates and Why”